I Segreti del Chiostro in Santa Caterina. The rebirth of the nuns' bakery in Palermo 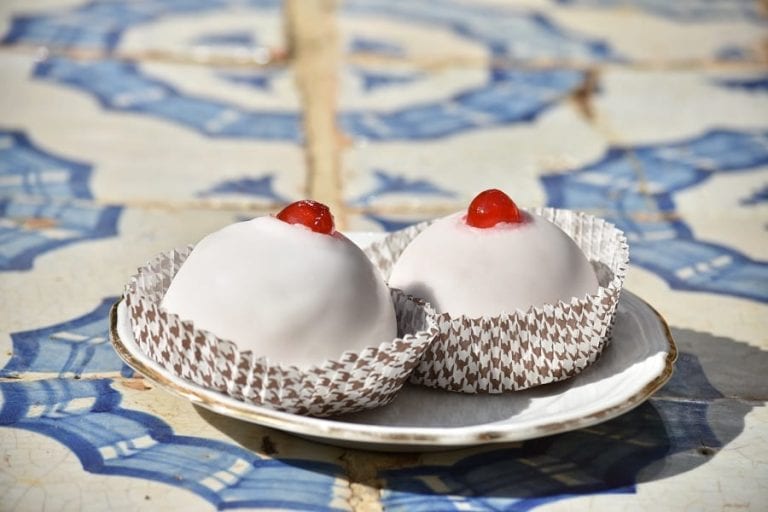 The ambitious project of recovery and opening to the public of the convent of Santa Caterina is part of the rediscovery of the bakery that the seclusion nuns conducted for centuries. Today the space is a meeting place for taste and culture, a place where one can discover forgotten pastries and ancient flavours.

The first impact at the cloister of Santa Caterina, in Palermo, is the intense aroma of cinnamon. A precious olfactory memory, which is an unexpected time machine towards a past of which many have forgotten: "Yet those who have always lived in the district still remember the scent of pastries baking that permeated Piazza Bellini during the holidays. A cuddle that the cloistered nuns dedicated to those who attended Mass, the most natural way to repay and welcome others" says Maria Oliveri, who knows all the secrets of this story after years of research. It wasn't easy to decipher them, considering that until 2014, before the last remaining sister left, the convent of Santa Caterina remained protected from prying eyes, closed in the rule of seclusion, which continued for about 700 years. For a year and a half, by will of the Archdiocese and the Superintendency, with the fundamental management of the cooperative Pulcherrima Res, the convent opened its doors as a museum, with the peculiarity of being an open construction site in progress (similar to what happens at Palazzo Butera, but with very different resources available). This is because the structure, which has crossed centuries of Palermitan history from the Middle Ages, accumulating prestige and wealth (the talents of the female heirs destined by the great families of the Sicilian nobility to the monastic life), has over time occupied an entire block of the city's central area of Palermo, articulated in the form of a citadel all around the beautiful cloister with majolica floor and citrus plants surrounding the central fountain.

It is therefore very costly to recover all the treasures and spaces that the enclosure has guarded better than a stronghold, concealing a reality that is anything but limited to simple spiritual activity, and yet very active, even though entirely lived behind grates (the the most recurrent element during the visit, which at the moment winds through the ancient "extra-luxurious" cells granted to high-ranking girls, the ceilings and roofs of the church of Santa Caterina, the service areas managed by the converse, kitchens and pantries included, the refectory and the abbess's office). Well beyond expectations, the admission ticket requested to visitors (8 euros) is allowing self-financing, using profits to open new spaces. Good for the city and for those who visit it, given the intention of making the convent a lively place, open to meetings and the promotion of traditions that have risked being lost. Above all, an industrious place as it has always been, with the nuns committed to assisting the sick, embroidering, and producing pastries.

The chapter on conventual pastry is full-bodied (in the 18th century, in Palermo, there are 21 confectionery convent laboratories, today only a few religious communities continue the tradition) and taps into the origins of female entrepreneurship that within the monasteries, especially the most prestigious, found a way to proliferate: "At the beginning crafting pastries was a way to repay" explains Maria, who dedicated the book to the topic I Segreti del Chiostro, due for an updated re-issue "Soon, however, the activity became a way to obtain revenue. And the Santa Caterina laboratory sold its pastries until the 1980s. Before the war, however, only wealthy families could buy them, because the price was quite high considering the use of expensive ringredients, such as sugar. Most seasonal products, on the other hand, came from the funds brought in by the girls who took their vows". In Sicily, specifically, this craft activity is charged with cultural values, inheriting recipes, flavours and baking techniques from the peoples who have alternated ruling the island, from the Arabs through the Normans, until the 19th century with the settling of British in many cities employed in the trade of Marsala wine: "They are linked to the name of the Maria Stuarda, a shortcrust pastry tart filled with zuccata (Sicilian green squash jam produced in the monastery) inspired by the traditional Queen's Mary tart consumed in English houses at tea time. Not being able to have orange jam, as per the original recipe, the convent introduced the zuccata".

Moreover, although the production is quite varied and often linked to religious holidays, the most used ingredients were few, to optimize resources: almonds, sugar, zuccata, ricotta, seasonal fruit, self-produced liqueurs. The past year was witness to a difficult, yet successful goal––judging by the turnout recorded during the Christmas holidays––reopening the historic confectionery workshop of the monastery in its original location. Starting a production that wasn't necessarily for profit, and instead directed to rediscover a forgotten art. Examples include rediscovering old recipes, selecting the best ingredients, setting up a welcoming space open every day from 10 am to 6 pm. The "secrets of the cloister" is just that: an artisan bakery where the intrusion of technology is limited to a mechanical dough roller in the workspace currently managed by the cooperative without any delusions of grandeur. "Production will remain limited, those who want to buy must come visit us, to discover us. And the space inspires us to continue like this: we conserve the historic wood-burning oven that was replaced in the 1960s by the gas-fired one, both still functioning. The table with the marble top for working the dough, a sink for running water. This is enough for us. During the week we produce cookies and pastries, on weekends and for breakfast (now a trendy ritual for several loyal customers) also baked cakes like cassata, warm Genoese stuffed with ricotta and chocolate, minne della Vergine and blancmanger. Or the "Trionfo di gola", which was produced here, made famous by the novel The Leopard".

The products of I Segreti del chiostro

In the sales area, on the L-shaped counters is a triumph of carefully-crafted martorana fruit, candied citrus peel, specialty trays (also on order) of forgotten authenticity: "The recipes were secret, the nuns simply noted the doses. The search to recover the methods was long and laborious, the result of conversations with elderly nuns who dictated notions, old notes found, memories of relatives. And months of testing to find the right balance of flavours. While for the aesthetic part, that was always historically very accurate, we resorted to ancient texts and searched in provincial convents that still produce something similar". So, for example, it was possible to start producing the so-called "fedde (buttocks) of the chancellor," popular at the beginning of the 20th century and then fallen into oblivion. This is "a pistachio almond paste that conceals a filling of heavy cream and apricot jam. An ancient flavour, which we are proud to have rediscovered. The shape is that of a shell, which soon replaced the original appearance, too similar to a buttock to be well accepted. But the dialectal name remained". What other specialties are sold at the chiostro? Many, more or less known. There are the stuffed cannoli at the moment, the Christmas buccellato and the Easter lamb "agnello pasquale"; the delicious sandwiches of Santa Caterina, filled with zuccata and almonds with lemon peel. And then the sospiri (sighs) made with almond paste, flavoured with liqueur... Mandarin, cinnamon, roses: "Unfortunately today we can't distill them in the convent, but for example the roses that aromatize the rosolio are the ones we collect in May in the cloister".

And the rebirth of the convent bakery is bringing benefits for everyone: "In Palermo, some bakeries are rediscovering these ancient pastries. The circuit does not fear our competition, we are a small company and we work for different audience: many tourists come to visit us, addressed by pastry chefs, who advise them to come here to rediscover the origins of Sicilian confectionery". And not only: between a taste and the other, peek inside the ancient credenzas that decorate the space. Inside these are all the tools used by the nuns: the ancient shapes for the sugar lambs, the molds for the shells, the curious wooden cylinders which are nothing less than the tools of the trade to fry the cannoli, still greasy after centuries of intensive use.