Grandmas Project. Grandmothers in the kitchen on short films about the 20th century 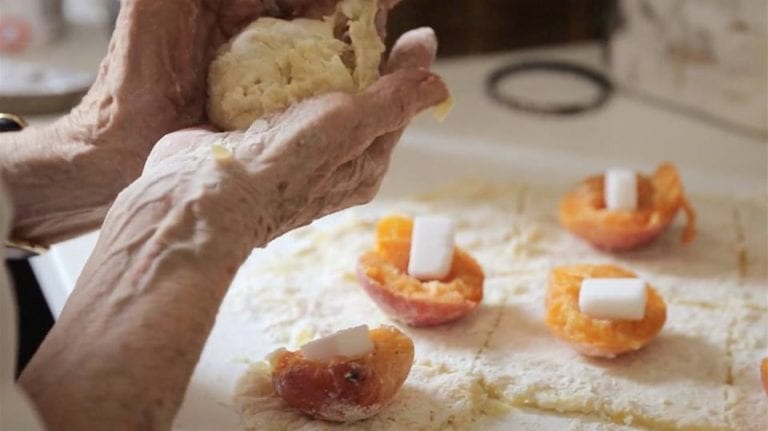 Born in 2016 and growing thanks to crowdfunding, the project conceived by the film maker Jonas Pariente invites all the directors of the world to share short documentaries online portraying their grandmothers starting with a recipe. Grandmas Project is not just a food production.

What is Grandmas Project

Grandmas Project is a smart idea for sharing online "the most delicious heritage in the world". The concept is very clear: a project born on the web to bring together recipes and stories of grandmothers from all over the world, filmed by their grandchildren. But the first more playful approach hides a profound and reasoned thought. The idea dates back a few years ago, when Frenchman Jonas Pariente, a professional filmmaker (with a degree in sociology), decided to film and put online his two grandmothers' - one Polish, the other Egyptian - food stories, shooting in the kitchen, both sharing in this way a little piece of their family tradition. Thinking about the cultural scope of the project came naturally: putting together many of these video contributions (hoping to involve professional film makers hoping to record their childhood memories) would have allowed us to reconstruct a 20th century story made up of many small stories kept between the domestic walls, which all lined up together would not only give back a recipe or a story of food, but above all habits, customs, memories of a past that no longer exists, shedding light on portions of history that have remained hidden, or alternative points of view, simply by retracing the 20th century through female eyes.

The project solidified starting from three guidelines, unchanged over time, with instructions for the filmmakers determined to try their hand at the challenge: it's mandatory to film exclusively their grandmothers; film them while they are intent in making a recipe; and not exceed 8 minutes in duration. The idea has a twofold objective: to bring those who film to establish a deeper contact with their grandmothers, starting from sharing a family recipe; offer a gastronomic journey (and beyond) to viewers around the world, knocking from home to home, simply by accessing the project's website and playing videos already uploaded for free. On this basis, in 2016 Grandmas Project received the patronage of UNESCO, "for the ability to enhance an intangible heritage of humanity and share it thanks to digital technology". While celebrating intergenerational discourse.

Grandmothers and grandchildren telling the story of a century

In the meantime the ambitions of the project have grown: between 2016 and 2018, Pariente––at the forefront with the Molokheya short and the Egyptian traditional dish of his paternal grandmother Nano––has produced 14 films starting from the short films shared by directors of the whole world. Traveling between Lebanese stuffed peppers and Croatian meatballs, French soufflé and Indian naan; often confronting stories of gastronomic immigration, which betray the evolution of family recipes thousands of kilometres away from their homeland. And soon he will begin to work on the second season of Grandmas Project, again thanks to crowdfunding, already fundamental in 2015 to raise over 20,000 dollars that financed the initial project (Chai Chai Films, production company founded by Parente, offers its contribution and artistic supervision to those who want to try their hand at the project despite not having studied filmography). And on the project website the applications are already open. Amateurs on the other hand are given the opportunity to share photos with short stories of their grandmothers in the kitchen. A way, serious and fun at the same time, to share their grandmother's cuisine which is a term that's increasingly abused in the restaurant world (on this topic we deepen the conversation with well-known Italian chefs, in the October issue of Gambero Rosso). Bringing that cuisine back to the land of origin: a family history that can be shared with others because it touches common chords, and narrates––starting from the kitchen––how the world has changed in the last century (from the same premise, and with common goals, the Ragù project is starting in Bologna).