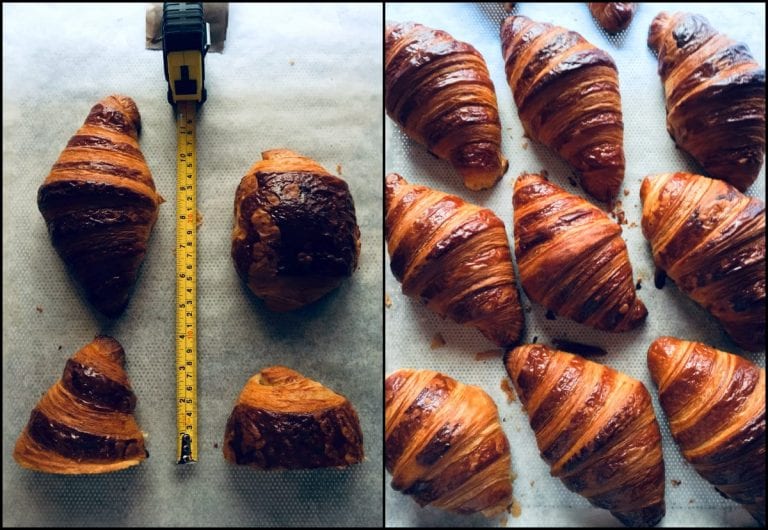 He is young and super passionate about pastry baking, especially viennoiserie, with past experiences as a pastry chef at Heston Blumenthal's Dinner and in San Francisco at In Situ. She instead was born as a journalist but at a certain point in her life was struck like lightning by bread, which made her embark on a journey from Piedmont to Sicily in search of grains and artisans (who then became the protagonists of her book “Altri grani altri pani”, or "Other grains other breads"). The two, in May, will join forces to offer, in their pop-up bakery all manner of croissants, pain au chocolat, grilled cheese sandwiches and other leavened products, with two characteristics: excellent quality and unfamiliar in Italy. Not the usual flaky and leavened Italian pastries in short, but something closer to international sensitivity, from northern Europe to California.

The meeting at Forno Collettivo

“When Paolo Minguzzi returned to Italy he wanted to open his own place in Bologna, which he wanted to be both a bakery and a place to stop and eat, perhaps with a chef's table. When he found out about Forno Collettivo––for which Laura Lazzaroni selected grains and flour, in addition to providing the right contacts to undertake the project in the best way––he submitted a request to join a bread-making experience". And it is precisely at Forno Collettivo that the two matured the idea of their project: "Basically we share a great passion for everything that revolves around leavened dough, so we decided to have fun designing this pop-up". A project that allows us to explore this mutual passion by doing research on products that are a bit special, at least here in Italy, inspired by things that we tasted abroad. "Then we like the idea of circulating the culture of leavened products with a thought, a technique and a deep research behind them". 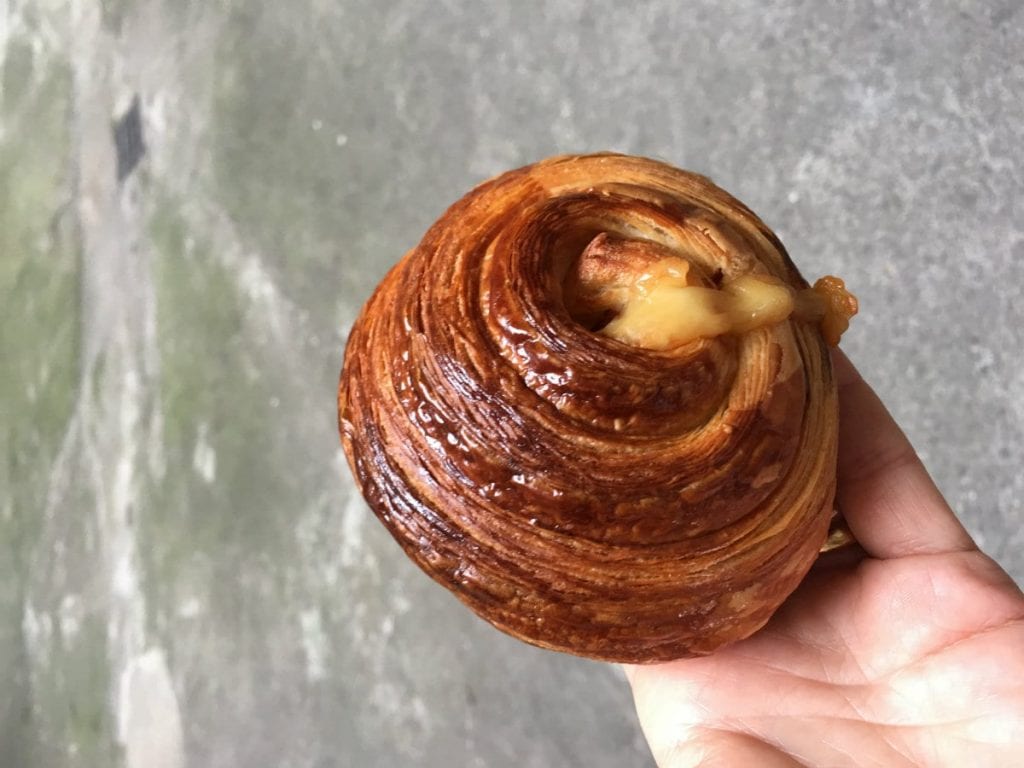 What is this exactly? “It's a pop-up––Gluten Freak we called it ––with a regular calendar where we offer viennoiseries, or that is sweet, flaky and leavened pastries, and bread-based products that we like to eat but which wecan't find easily here”. The inaugural sale will be on May 5 at Tipografia Alimentare in Milan. "Then followed by Cofficina Ticinese 58, these are the first certain appointments for now. We would also like to collaborate with some non-Milanese companies”. They will surely go on until the end of the year, finding only those places where research on ingredients is essential and where it will be possible to attract an attentive clientele. More or less once a month. No website, "just an Instagram page, which is more in line with our project, and a poster created each time by a different artist". The first will be Gianluca Biscalchin (who has already shown his love for croissants during the past design week).

At the same time, the two aren't excluding the possibility of activating commercial collaborations with actual restaurants: "Diego Rossi and Cesare Battisti have tried our kimchi croissant: we would like the idea of developing an ad hoc product for both of them". A nomadic, ephemeral project that opens the door to a thousand possibilities. Not only that, "it has allowed us to test on our own skin what we continue to say but which unless you taste it, remains a simple slogan, namely that the new bakers are a group that helps each other out. It's so true. Not by chance when we told Adriano Del Mastro that we didn't have a laboratory where we could carry out production––recipe testing was done at Forno Collettivo––he immediately gave us his (Forno Del Mastro, in Monza), simply as an exchange of information." A sort of barter based on their respective knowledges. Which will allow the project to have its own production workshop.

Returning to the first appointment at TipA - how Milan has nicknamed Tipografia Alimentare––for the whole day on May 5 customers will have the chance to taste five products: “The ideal croissant for us, that is a maxi croissant weighing between 110 and 120 grams, no filling and slightly savoury; a pain au chocolat we call All Black, made with burnt wheat and a double filling of dark chocolate”. And also a croiss-monsieur made with croissant dough rolled together with Ragusano cheese and lightly smoked ham; then the cruffin––"cross between croissants and muffins"––filled with cardamom cream and yeasty caramel; and finally the grilled cheese sandwich "In which the bread has a good percentage of soft Mentana (an old wheat variety) and an evolutionary mixture, both from the Marche region. Here we have looked for a doughy crumb, preferable for sandwiches, and a nice crispness, with a topping of poppy seeds". The filling is made with two types of cheese, Gruyère and brie, and kimchi "a legacy of Carol Choi, who helped us in our fermentation production before concluding her collaboration at Forno Collettivo.”

The idea in the future will be of varying the offer from time to time. No limits, therefore, for this project in which the concept of fluidity takes only positive connotations: on the one hand ephemeral and difficult to label, on the other based on the idea of community. Sales will happen each time in a different place, opening and selling the production, when the products are finished (attention: this could even happen in the same morning), we close, waiting to open the following month. After a few months of a warm up, the project will definitely generate something more stable. But we'll talk about another time.