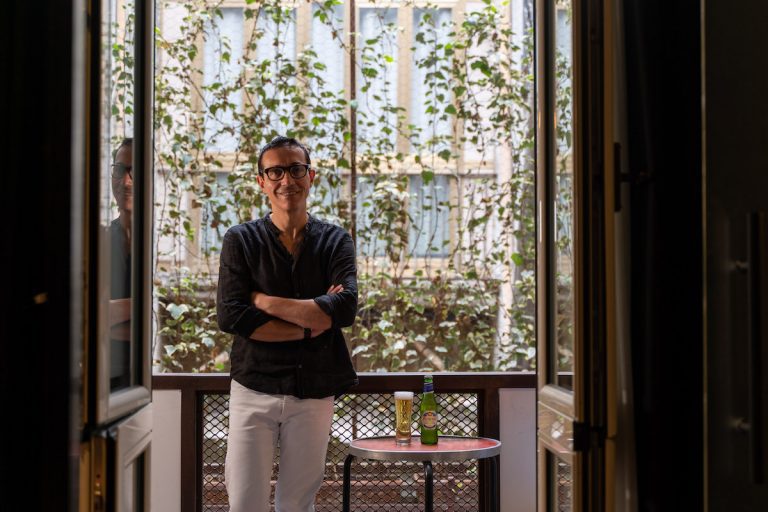 Gino Sorbillo opens Residenza Madre in Naples: three suites that will soon become six, located right above the historic location of the via dei Tribunali pizzeria.

If you want to breathe in the truest Naples, of the past and present that mixes the local atmosphere with an international flair, take some time to walk from the Napoli Centrale station to Via dei Tribunali. Among the most famous glimpses of the city you will hear tourists speak in every language, with their faces planted in their mobile phone maps in an attempt not to get lost in the narrow streets. Many of these seek the beginning (or rather, the end) of the long queue that one has to face to enter the historic pizzeria of the Sorbillo family: reservations are not taken, you have to queue and wait for your turn. Right here, in the 1990s, Gino took over the family business, after having worked alongside his aunt Esterina for years to learn the secrets of leavening and making pizza dough. It is from this journey that the whole epic of his pizza began. A story made not only of dough, yeast, tomato and mozzarella, but also of entrepreneurial talent, excellent collaborations and a long-term vision, which led him to recently open his twenty-first pizzeria, a branch in Turin (via XX Settembre), which saw the light in March of this year, but there are others inside and outside of Italy despite the difficulties dictated by Covid, from Rome (in Largo Augusto Imperatore and at the Rinascente in Via del Tritone) to Milan (largo Corsia dei Servi, via Montevideo and via Ugo Foscolo) from New York (334 Bowery) to Miami (100 Collins Ave), passing through Genoa (piazza della Vittoria) and Tokyo (3 Chome-2-1 Nihonbashimuromachi Chuo City). What we are going to tell you today, however, is not only the new entrepreneurial adventure of one of the most famous Neapolitan pizza chefs, but also the history of the Residenza Madre (mother residence) of the Sorbillo family, a lineage that grew up in the belly of Naples - to quote Matilde Serao - and that from here has made the world fall in love.

What many gluttons lined up (tourists and non-tourists) do not know is that in the building in whose shadow they take refuge, the one that rises directly above Gino's pizza shrines, which now fill the street (at number 35 there is also the seat of the Antica Pizza Fritta da Zia Esterina Sorbillo), is not just any building. As a matter of fact, sitting above this historic four-storey building there is the house where Gino's grandparents lived: four rooms that housed the couple and their twenty-one children, of which Esterina was the eldest and Gino's father the nineteenth. And it is precisely in these spaces that Sorbillo has decided to inaugurate his lodging project, with small suites whose creation and renovation he personally supervised. And the result is evident in the desire to preserve and keep intact the historical details of his grandparents' house, from the chimney of the fireplace to the repaired brick walls, adding, however, touches of international design such as in the matte black furniture, and local craftsmanship like the the beautiful terracotta flooring. Each room is equipped with a living space with the inevitable mini-bar full of Peroni Nastro Azzurro Beer, historic partner of the pizza chef.

Walking through the rooms, comfortably set up for three couples (three more will open in the near future) it seems impossible to think that 23 people lived together in these spaces, but if Naples is the most South American city in Europe it is right to recognise a little magical realism, and if the numbers do not lie those twenty-one brothers who have all become pizza chefs, it is as if they had suddenly emptied the house of their memory when ideally for each of them there was, around the world (from Naples to New York, from Tokyo up to Turin), a lit oven and a counter on which to roll out the dough.

After all that noise of childhood and adolescence, before becoming silent and empty, and then the chrysalis construction site of the current final form, this house had one last tenant: Aunt Esterina. Who lived within these walls and then retired in old age on the second floor (to access the suites you have to climb a few flights of steps) and then transformed into memory thanks to the photos present in all the venues that bear her name and which serve Pizza Fritta, of which the first is not even three steps from via dei Tribunali location. Because Sorbillo is like that: capable of combining the history of a family with that of a successful business, and if he likes it so much, it is precisely because he manages to show his soul in everything he does. From today Naples is enriched with one more delight: open the windows and look out from the silent luxury of the rooms of Palazzo Residenza Madre and breathe in the sounds of the city of the mermaid, which has always been fearless to get naked even in its weaknesses and be admired. On the other hand, the naked woman in the Neapolitan "smorfia" numeric superstition is 21. Twenty-one like the Sorbillo brothers, and 21 like the branches of the pizzeria. Because if there is a place in Italy where numbers are not mere numbers resulting from chance, but mysterious paths linked to destiny, that's Naples. 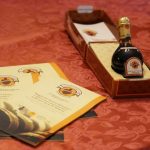