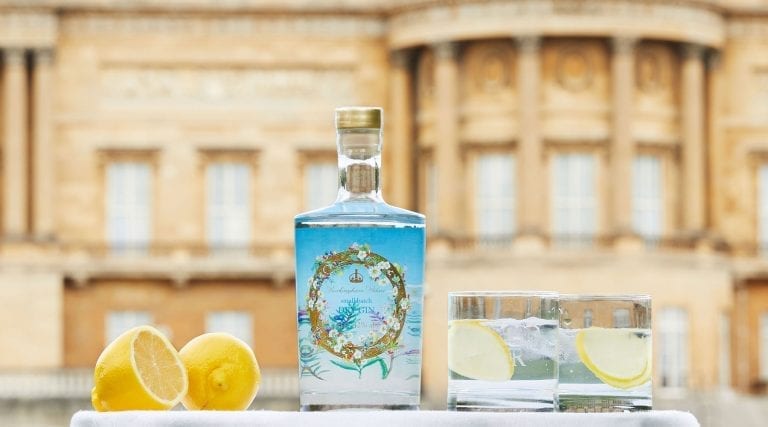 The new product, which expands the substantial merchandising line of the British Crown, is already available for online purchase, and will help to overcome the crisis due the lack of income from visits to Royal palaces. The herbs for the gin come directly from the Buckingham Palace gardens.

Even the coffers of the Royal House of England have suffered from the crisis caused by the pandemic. Among the remedies adopted to stem the damage, the entourage of Buckingham Palace has thought of a solution that takes into account the great passion of Queen Elizabeth II. Legend has it that, despite her age of 94, Her Majesty always enjoys a glass of Dubonnet once a day––knowledgeable sources claim this happens before lunch––a gin-based cocktail among Her favourite habits (a sort of gin Martini, which replaces the dry vermouth with Dubonnet rouge, fortified wine with quinine: it seems that even the queen mother was a fan of it). And gin is the subject of the latest production branded by the Royal Family, which launches on the market a distillate obtained with citrus fruits and herbs collected in the gardens of Buckingham Palace, "hand-picked botanicals combined to create this unique and flavoursome gin." as stated on the label on the back of the bottle

A bottle of gin to fight the crisis

The London residence has been forced to close its doors to the public for months, just like the other main tourist attractions of the city. And to the missed income there is the vertical collapse of the revenues related to the sale of the notable Crown merchandising, normally much appreciated by tourists visiting the United Kingdom. The Mirror, which first spread the news, talks about a £30 million shortfall in the Royal Collection Trust budget, which will only be partially covered by the reopening of Buckingham Palace and Windsor Castle starting July 23, and that will have consequences for the entire next year, with compulsory staff cuts.

The Queen's gin, presented on the label as "a small batch, dry gin", is the result of the mix of 12 botanicals that partly support the English distillation tradition (from laurel to fragrant verbena, to hawthorn), but also draw on the history of the Crown, like mulberries introduced to London in the 17th century by James I. With a dry taste and an alcohol content of 42%, Royal gin is perfect served in a glass with ice, and the addition of tonic water and a slice of lemon, as recommended by the label illustrated with a Buckingham Palace design. The price is £40 for a standard 70 cl bottle, available for purchase online, but currently only delivered to the UK. When the Royal palaces will reopen, however, the gin bottles will also be sold in shops of the Royal Collection Trust, further expanding the large offer of Crowned gadgets (the gastronomic sector is also rich, including classic shortbread biscuits, chocolates and tea, among the most popular products, but also whiskey from Holyroodhouse Palace). The profits will be destined only to the Royal Collection Trust, a charitable foundation responsible for protecting and exhibiting the collection of artifacts of the Royal family, entrusted to the Queen in the name of the United Kingdom.