France: the results of the debut of Vinexpo and Gambero Paris Week 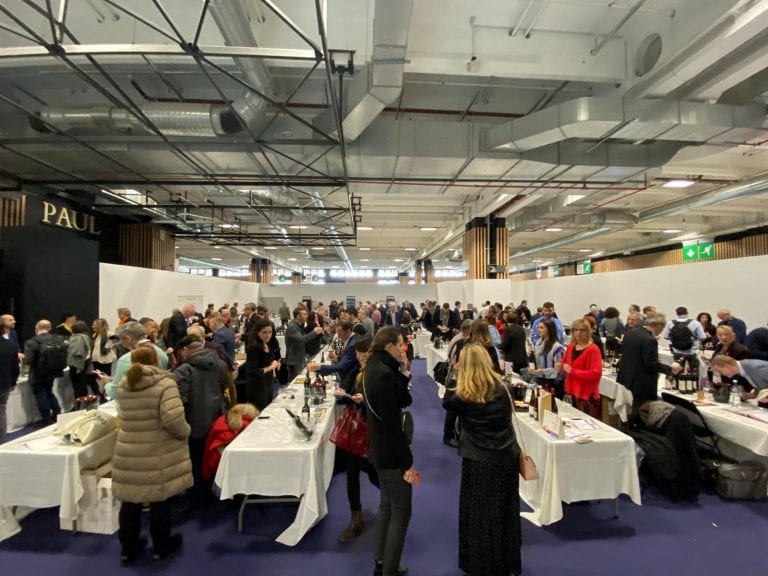 Vinexpo and Gambero Paris Week in France are over. Here are the results from the first Tre Bicchieri events by Gambero Rosso.

The new adventure of Vinexpo has once again taken off from Paris (10-12 February), which opened this year's great season of international wine fairs, leaving the sprint to ProWein and Vinitaly. A first in France also for thebevent by Gambero Rosso which, after several thematic events, landed in the French capital thanks to a collaboration in force since 2014, passing from Hong Kong to Bordeaux to the banks of the Seine. Over 60 participating wineries were awarded by the guidebook in a very rich and participated tasting, and much more popular than other pavilions of the fair, as pointed out with a smile by the new Vinexpo director Rodolphe Lameyse.

In total it was 29,000 visitors who attended over the course of the three days, representing 126 markets and 2,800 exhibitors. The presence of foreign operators at the Gambero Rosso event coming from Ghana, South America and Northern Europe was very strong and qualified. The Asian participation was less than at Vinexpo standards, foreseeable given the coincidence with the moment of crisis that China is experiencing due to Coronavirus. Meanwhile, the dates of Vinexpo Paris 2021 have been announced, the event will take place from February 15 to 17.

Two moments of in-depth study were organised on the trade fair days. The first featured Pinot Noir from Oltrepò Pavese in a vertical of 10 Classic Method magnums, between white and rosé versions, the Cruasé, with a range of vintages from 2008 to 2016, curated by Lorenzo Ruggeri and Gianni Fabrizio, together with the Director of the Consorzio Carlo Veronese. A demonstration of the longevity and surprising evolution of Oltrepò Pinot Nero, which is the third area of Europe, with its 3,000 hectares, for the most capricious and sensitive variety. The second masterclass featured the wines from the Frescobaldi estates, Cellar fo the Year in the Vini d'Italia guide, on an all-Tuscan journey, from north to south, from Chianti Classico to Montalcino and Val di Pesa by way of the remote island of Gorgona, where the Frescobaldi family, in collaboration with the correctional facility, produce a wonderful and rare wine from ansonica grapes.

But there's more beyond the trade fair. In fact it was a week full of Italian flavours on show from 10 to 16 February last, the first edition of Gambero Rosso Paris Week, a flurry of events related to wine and many moments that brought attention to Italian restaurants in Paris awarded in the Top Italian Restaurants Guide, which for the occasion offered particularly refined and stimulating food-wine pairings, confirming the most sought-after wine lists and an average level of cuisine that only Copenhagen internationally can match, albeit with lower numbers. On Monday February 10th, an event entirely dedicated to rediscovering wood-fired cooking, from dough, to cecina, to vegetables, to suckling pig, was held at Bijou, at the foot of Montmartre, closing the meal with a dessert made with pears cooked buckwheat over a wood-stoked heat source. The Cotto a Legna event featured Gennaro Nasti, Tre Spicchi in the Top Italian Restaurants 2020 guide and Michele Farnesi of Dilia, alongside the talented pastry chef Marion Goettle, from Café Mirabelle.

An Ice study of the France-Italy interchange in the wine sector shows that the 2018 trade balance is positive for France (+33 million euros), although decreasing compared to 2017 (–8.9%). The main category of wines that France imports from Italy in value is made up of wines in containers of less than 2 litres (mainly bottled) for 88.3 million euros (53.8%), followed by sparkling wines (especially Prosecco) and in bulk or in 2+ litre containers (respectively 25% and 21.2% of the total).

During the Tre Bicchieri event, Le George was also awarded, the only Tre Forchette and Villa Sandi Contemporary Wine List award recipient thanks to a very deep, articulated wine cellar, the result of great research as not often found in large hotels. And again, gaining Due Forchette is Mori Venice Bar and Armani, always followed by the Due Forchette of Carpaccio and Penati al Baretto, Una Forchetta for Il Vicolo. Among the bistros, Due Gamberi for Dilia, Un Gambero for Le BB Pizzeria Trattoria; finally Due Bottiglie recognition goes to Retrobottega. For the entire selection, we invite you to visit the website at www.gamberorosso.it/restaurants.