Fermentation. A conversation with the American guru Sandor Ellix Katz 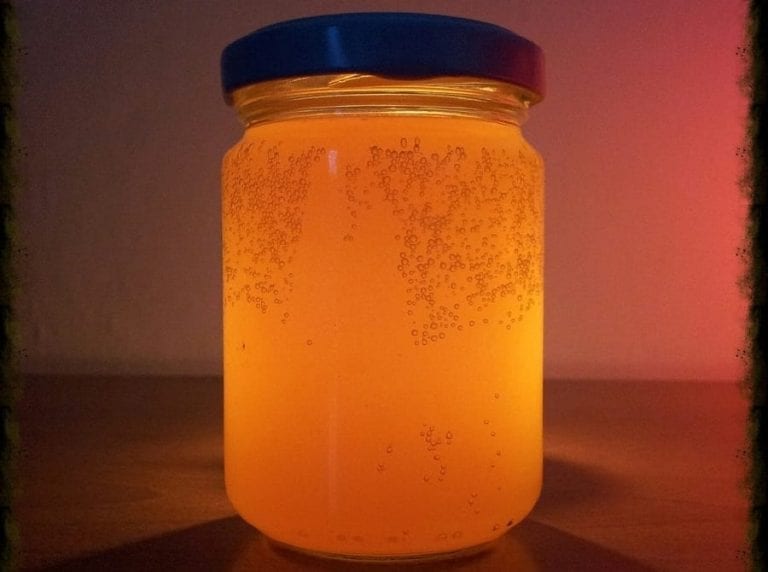 His name is Sandor Ellix Katz, and in the USA he's known as the guru of fermentation and stoveless kitchen. We met him in Tuscany to talk about kombutcha, kefir, yogurt and many other fermented products.

Bacterial activity has been seen for millennia as God's hand on the earth. Its magic wand turns grapes into wine, barley into beer. Its spell makes products last all winter in places where nothing grows during the long, cold season. It swells the water and flour dough for bread. Then Pasteur arrived. He removed the mask from bacteria. Many microorganisms appeared, amusing themselves with alchemy's games. This launched the era of disinfection, hygiene, bacterial selection, vaccines. Today, after 150 years of battling against bacteria and their hyper-selection, we're in the midst of a revolution, one that praises what's wild. 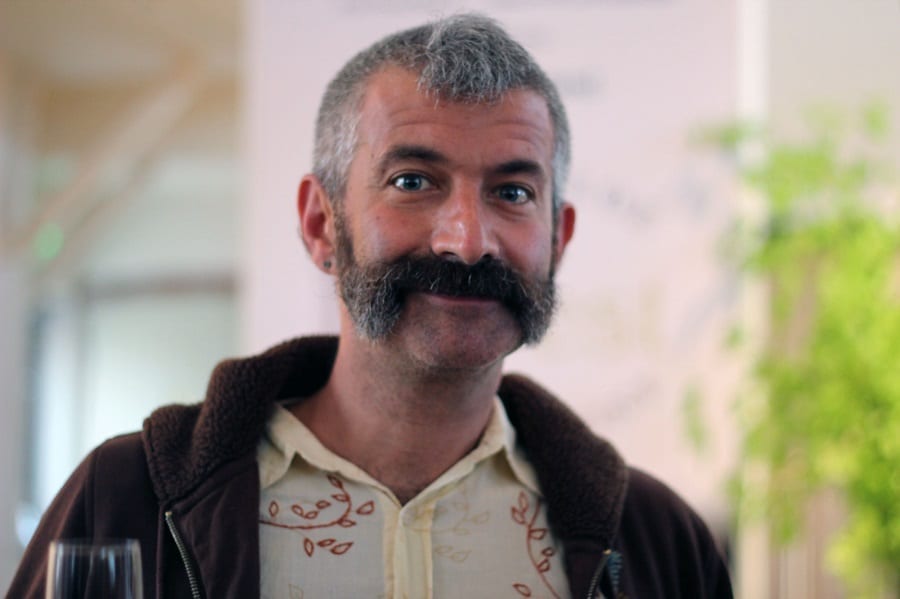 We want wines fermented with indigenous, spontaneous yeasts i.e. bacteria, the most natural possible beers, wild foods, among them cheeses. To understand something about this, we spent two days in Tuscany with Sandor Ellix Katz, a true guru of wild fermentation of vegetables and fruit. His name doesn't mean much in Italy since his many books in English have not yet been translated. But in the little fan club world of spontaneous fermentation of foods, Katz is a rock star. The New York Times dedicated a short documentary to this guru-in-spite-of-himself. Katz has been working with fermentation for 25 years. He came to Italy to describe his experiences at the Komunità Errante Kefir led by Annalisa Nardi and Tomáš Jelinek, an intensive workshop to teach the rules of home fermentation, and foster the realization that there are no rules.

Born in New York, Katz is politically active and works in the field of communication. When he found out that he was HIV positive, he decided to change his life. He moved to Tennessee, joining a community where he began his love affair with fermentation. It has become his way of fighting disease: a healthy life, healthy and tasty food that is good for body and spirit. "For me, fermentation is above all a question of taste," Sandor affirmed. "I believe in doctors and in both traditional and alternative medicine. I aim to take the best of everything. I don't believe there is only one way to think and live. The sky is the limit: that's my motto. My recipes and teachings are not dogma. I am simply sharing my experiences." There is probably no fermented food on earth that he has not tasted, but he doesn't consider himself an authority.

Why does fermentation make food better? "Because it undergoes a kind of pre-digestion by the bacteria. The body absorbs and digests this kind of food more easily," Sandor explained. "This food is alive. It enriches the bacterial flora in our digestive system. Just as biodiversity is important for the earth's equilibrium, the microcosm of our body is healthier with a rich bacterial flora. The immune system benefits." There are many studies and contrasting opinions on this subject. The most enthusiastic sustain that the bacterial flora that live in our body also influence our state of mind. About this, Sandor said, "It can aid digestion, boost the immune system, might help prevent cancer. But if I had a brain tumor, I'd let a doctor treat me." He went on,"I don't think that this living food can make us better-looking or younger. If that were true, I wouldn't have such grey hair at 55 years old."

Fermentation is the oldest food preservation method. Our ancestors, living in caves, knew how to ferment honey, mixing it with water. There are some anthropologists who hold that the real reason why humankind went from nomadism to a more sedentary life was not agriculture, but the desire to make alcoholic beverages, the desire to add another dimension to reality. If fermented food isn't beer, it's a close relative. In a world without refrigeration, fermentation is vitally important. Its function is to keep a supply of food available. In countries with extreme climates, such as northern Europe and Asia, fermentation is an essential part of culinary tradition. These countries have the greatest range of fermentation practices. The most classic is milk. It is a food that easily spoils, but when it becomes yogurt, kefir or cheese, its life is prolonged by days, even years. 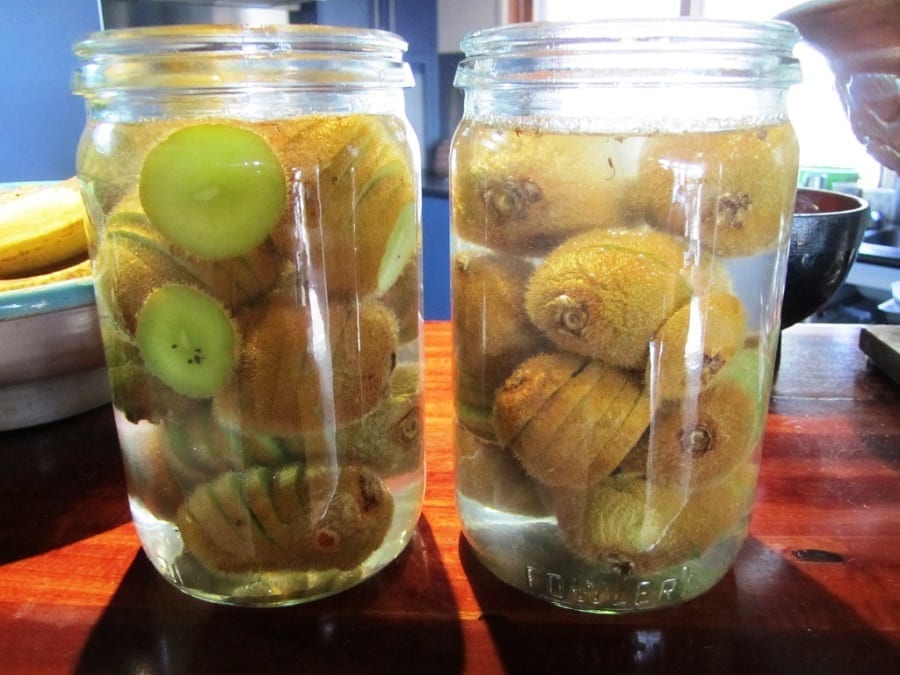 Everything, from the soil to vegetables, from stones to the human body, is colonized by bacteria. When the bacterial colony is in the right place at the right time, it causes flavorful fermentation. Humans, taking note of this, influence the environment, modifying it to achieve the right habitat for positive microorganisms, which then are preserved for generations. A partnership between humans and bacteria develops, to the benefit of both. Some bacteria (or funguses) are guaranteed a future. Humans enjoy flavors and the healthful properties of foods processed by bacteria, even if they don't immediately realize it.

Today, for some, eating well has developed into a kind of resistance movement to the homogenization that globalization brings with it. The title of Katz' book, The Revolution Will Not be Microwaved: Inside America's Underground Food Movements, says it all. Many groups are opposing a system that tends to monopolize and destroy everything that is close to the world of bacteria. Katz sees the practice of fermenting food as a form of revolution, with small groups and individuals standing up to power. But can they really save the world, or move towards a new one through fermentation? Ken Loach, presenting his film, once said, "Art can't change the world. We can only change the world by taking a position" In Katz' philosophy, choosing fermentation is taking a position. "Fermentation," he explained, "cooks food without needing a source of energy. It preserves it and lengthens its life, so it's an excellent method for reducing the ecological impact of an individual on the earth. If this trend became a mass movement, it could reduce the number of refrigerators in supermarkets and homes, cut down on the use of gas and electric stoves." In the United States, Katz is part of an underground food movement, outside any organized circuit, that emphasizes what's good and healthy. 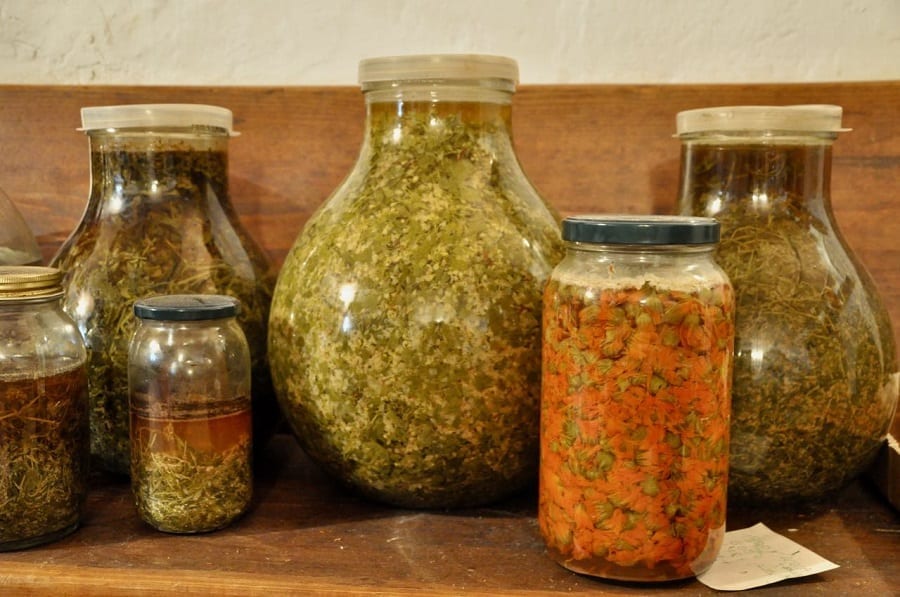 From Eastern to Western world

What Katz is doing is recognizing in bacteria their rightful role - in the middle of our lives, where they are, always have been, always will be. "They are our partners, our best friends. When we give them the right environment, we take care of each other." He talks of them in human terms. "Fermentation is like a dance. the Aspergillus oryzae fungus, or koji, the indispensable yeast in Asian products like soy sauce and miso, puts on a real dance, with its own rhythm and choreography. It begins with small effervescent bubbles, speeds up, matures, slows down, and finally, rests." But at the end of the performance, the food is more easily assimilated, vitamins and minerals are more available. "In some cases, fermentation adds nutritional value, such as vitamins B and K," said Sandor. "A good example is Japanese natto, soy beans fermented by the activity of a variety of Bacillus subtilis. It is consumed when close to putrefaction." But isn't it horrible? "Certainly, natto is not easy to face for the first time," he admitted. "It requires an educated palate, but it is clearly one of the most nutritious and beneficial foods in the world. It contains a large amount of vitamin K, thanks to fermentation. There are studies that show that thanks to the high content of vitamin K, natto not only helps prevent osteoporosis, but in some cases, it can cure it."