Dining and drinking in Berlin, according to Russian chef Evgeny Vikentev 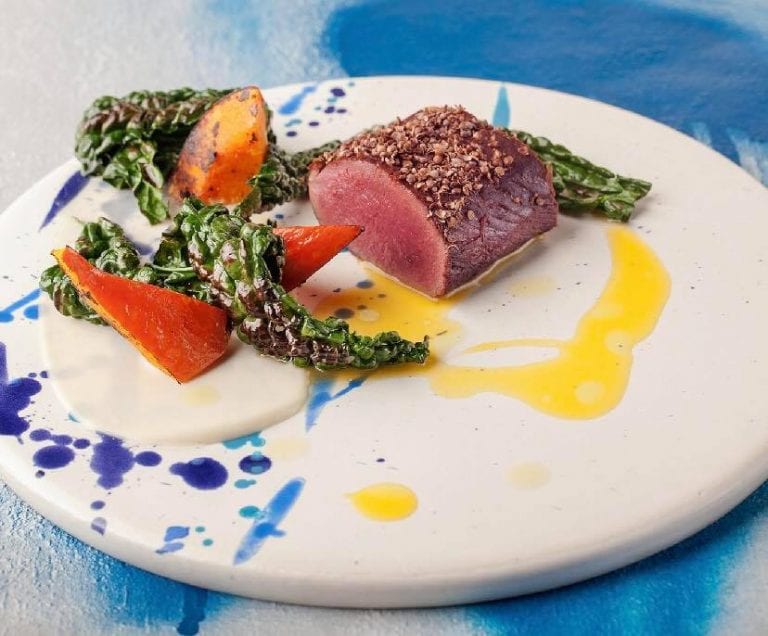 A Russian in Berlin: it's the story of Evgeny Vikentev, chef from St. Petersburg who recently opened a modern restaurant in the heart of West Berlin. With him, we discovered his cuisine and the most authentic flavours of the city.

Walking through Berlin observing the paintings on the East Side Gallery, is an activity common to all tourists. Doing it with the very artist who created the most iconc piece on the wall, the kiss between Label Honecker and Leonid Brezenev, is a privilege reserved for the few. 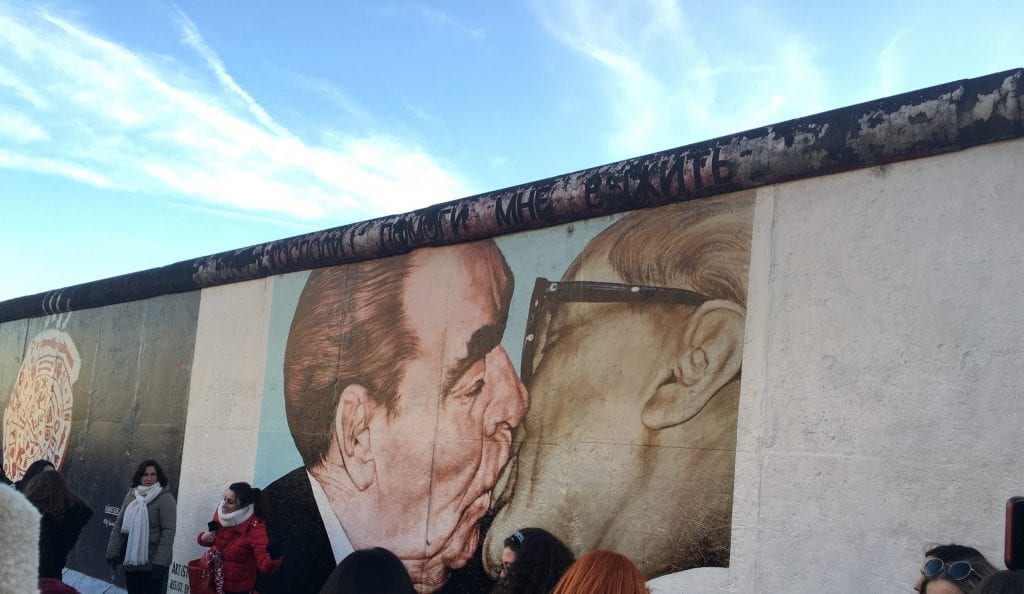 "My God, help me to survive this deadly love", Dmitri Vrubel

The kiss, a love story

In Russia, there's a solid artistic community, with stimuli and trends of all kinds coming together. There's contemporary art, Tania Mann's true passion, and there's cuisine, the great love of Evgeny Vikentev, a Russian chef who recently opened a restaurant in Berlin, whose furnishings are personally curated by Tania. And then the great masters, like Dmitri Vrubel, the genius behind the kiss on the wall. "Many think I was painting a political act", he remembers, with the sensitivity and emotion of those who are still not accustomed to success, "but the truth is that everything revolves around love, even this mural in which I enclosed two stories that have left their mark in me". His eyes are veiled with old melancholy, one with which one soon learns to live with; his voice firm but wrapped in the most nostalgic memory. But that's another beautiful story. 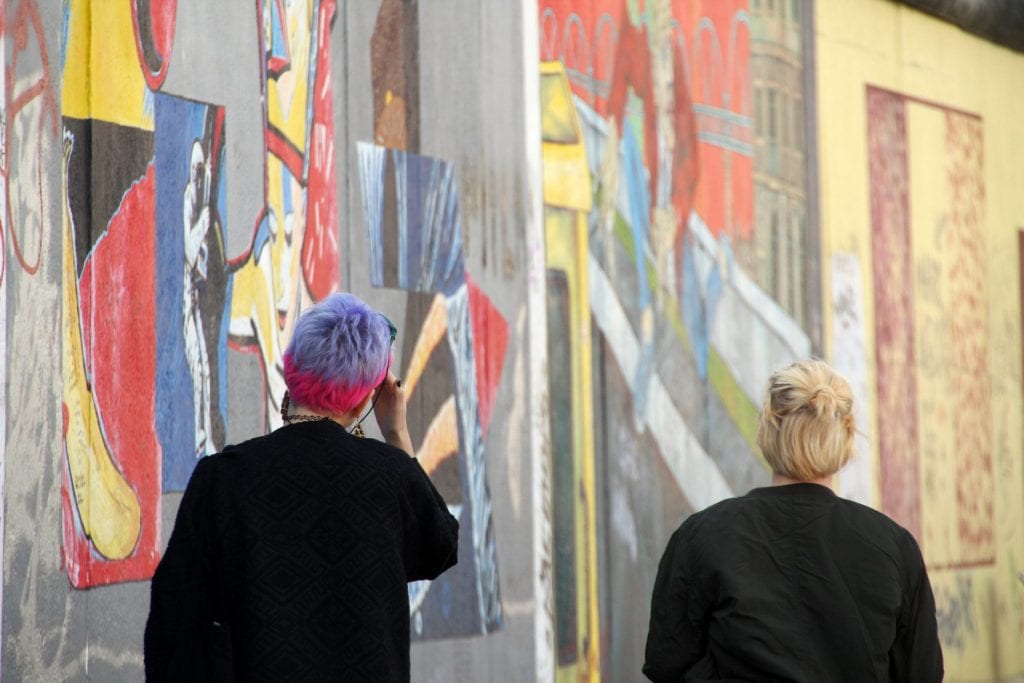 Back in the kitchen. Tania is a true character, just like Vrubel and Evgeny. All three share Russian nationality and a passion for art. Tania and the chef, furthermore, have in common the love and care for good food, and the love for the city in which they chose to move. A dynamic, sparkling, cosmopolitan city, where it's often difficult to find beauty, blurred by the signs of an oppressive past. A city still architecturally divided between the East, dominated by avenues and huge buildings––the inheritance of the Soviet regime––and the West, more lively and gentrified, with many Middle Eastern local hangouts thanks to years of Turkish immigration in Federal Germany.

Yet, Berlin manages to unleash its unique charm, thanks to a casual style, the informal and welcoming demeanor of its inhabitants, the energy and inimitable rhythm. The city also charmed the chef, who has been in the kitchen for the last 17 years and for the last three working at his place in St. Petersburg, "a very long time for Russian standards. Usually, after the second year we usually start thinking about selling". At the newborn Cell, he tries his hand at local and non-local products "if other countries have excellent ingredients, then why not use them?", The German and Russian traditions, combining everything with personal taste and an international touch. 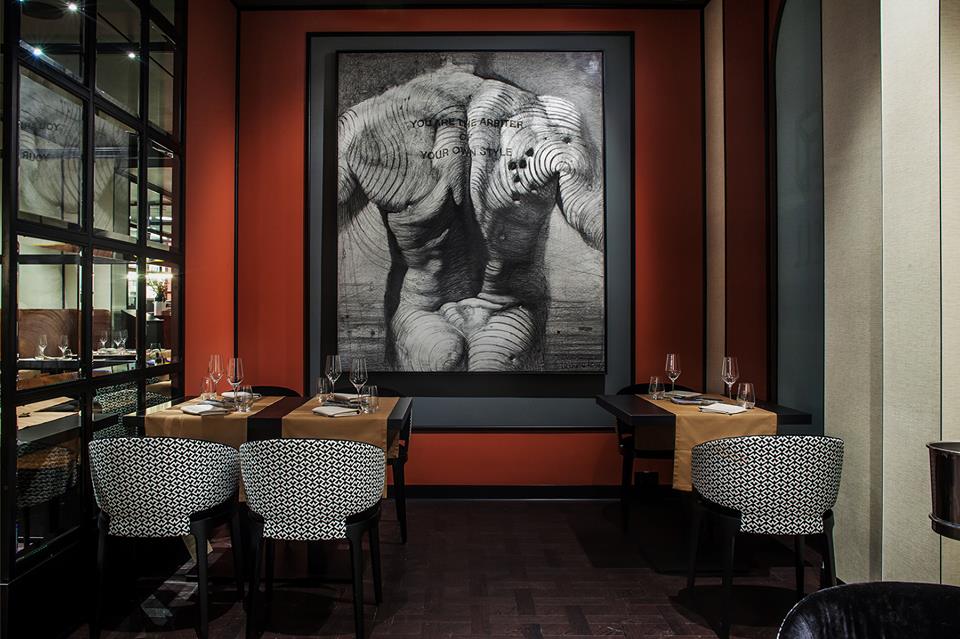 Cell, after all, is just that: a laboratory for culinary experimentation, "a place of the mind, that I imagine as a space in continuous movement, where I can create, transform, test, modify, search". A place where his Russian roots blend harmoniously with the multicultural atmosphere of contemporary Berlin, where the most innovative techniques that have so fascinated the thirty-one year old chef meet the most classic tastes, merging into an eclectic menu.

Like the tasting menu called Time Steps, the passage of time, with dishes chasing each other, mark the changes of the seasons, showing the extraordinary produce biodiversity available, products that come and go, giving way to future ingredients. And then the connection point, the ring that holds firmly the various passages, connecting the next plate "to accompany the consumer in this linear path". We start, for example, with oysters, sea buckthorns, spirulina and koji mushroom with buckwheat; thgen followed by mollusks with yuzu, rutabaga––ubiquitous vegetable in the kitchen of Northern Europe––and more buckwheat, which appears for the last time in the menu, just to create "a sort of continuous and consistent performance throughout the sensory experience". With each dish are wines paired with skill by sommelier Pascal Kunert, on a journey between Germany and Austria, all focused on natural wines, so loved by Evgeny: "I struggle now, to drink conventional wines".

With Evgeny, in fact, there's a discovery of a different, more authentic, less touristy Berlin. A city that's accessible only by those who live it fully, day after day. No hipster joints, or trendy cocktail bars: the evening is the time to enjoy a good bottle of Freundschaft, a lovely wine bar with a large international wide-ranging wine list, and a keen eye for natural and biodynamic labels. A long central bar, a few seats, minimal, simple furnishings, just like the trained staff who immediately put their customers at ease.

There are also a number of traditional restaurants, such as Zollpackhof, a place in full German style, both in aesthetics and flavours, relaxed atmosphere where diners can taste real German dishes, from rustic legumes soups to meat with kartoffelklöße, dumplings made with soft and tasty potatoes. Not to mention Viennese specialties such as schnitzel, here fried in lard. And then bread, lots of fresh, soft, wholewheat or white bread, with seeds or without, well leavened and fragrant, the result of an ancient and careful bread baking tradition, which can be combined with pickles, sausages, the ubiquitous sauerkraut, and good local butter. 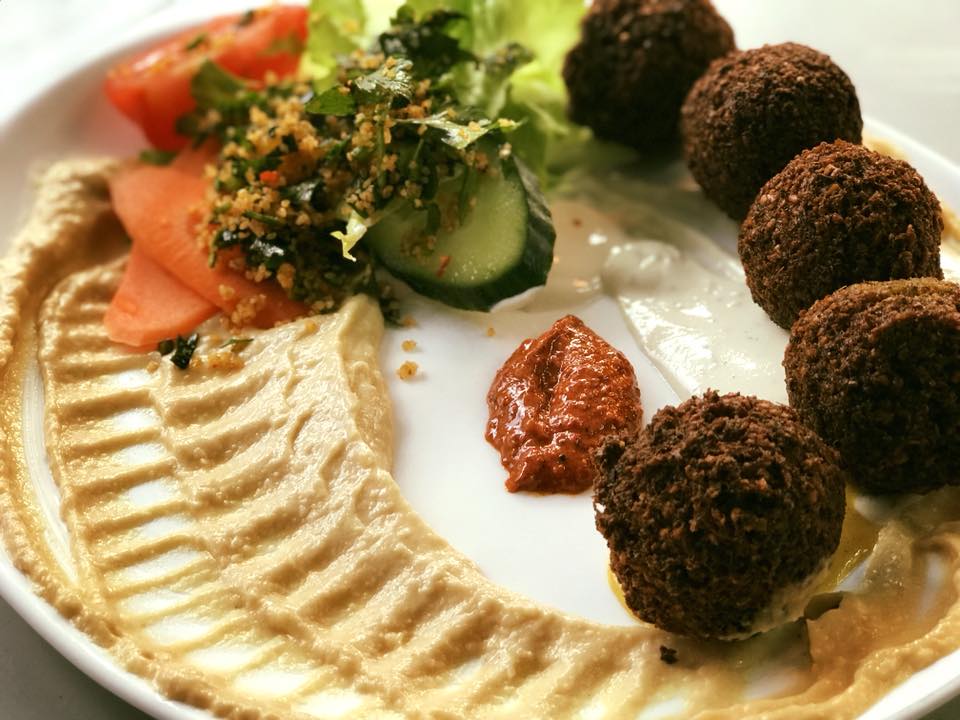 Finally, it's mandatory to stop in one of the many Middle Eastern places in the city. Among the many restaurnats, one in particular stands out for its bold flavours: Dada Falafel, a temple of falafel in the heart of Berlin. Here, the chickpea balls are a real treat, perfect in texture as well as in the harmony of the ingredients, spicy and well seasoned, that can be combined with many homemade sauces: refreshing yogurt sauce, spicy sauce, or hummus, soft and ideal to be tasted as dip with artisan bread. A place that demonstrates once again the significant multiethnic richness that today characterizes the soul of Berlin.