Dan Barber changes everything: in 2021 he's leaving the kitchen, Blue Hill will be a residence for chefs in dire straits 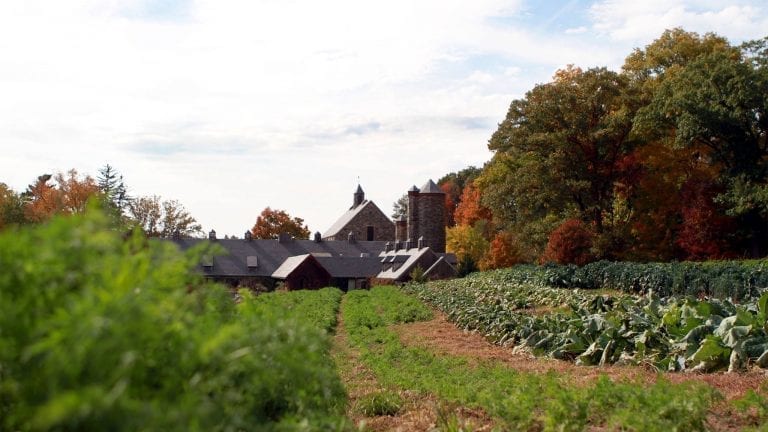 Four chefs, one per season, will be at the reins of one of the most famous kitchens in the United States: Blue Hill at Stone Barns, founded by Dan Barber in the Hudson Valley countryside. The goal is promoting gender and social equality in the kitchen. And help those who have lost their jobs because of the pandemic.

Dan Barber and the story of Blue Hill

Residences for chefs just like the most popular residences for artists. A space, that is, where guest chefs can benefit from the hospitality, the kitchen space and the brigade made available to them to express their creativity. To the advantage of customers who will always experiment with different ideas at the table, informed in advance about the rotation that will see chefs from all over the world alternating at the helm. The operation would not even be unprecedented, were it not for the fact that the chef-in-residence plan will take shape, starting from the beginning of 2021, in two of the most popular restaurants in the United States, both linked to the figure of Dan Barber. The veteran haute cuisine chef that's increasingly interested in playing a reference point role to enhance agricultural work and free and sustainable agriculture has built his career in the dining world around two complementary poles, centered precisely on that very farm-to-table cuisine that has become a fashion today, but in which Barber was a pioneer. This is demonstrated by the work started in 2004 at the Blue Hill at Stone Barns estate, in the countryside of Pocantico Hills; echoed by the chef's city table in New York's Greenwich Village with Blue Hill. It was only a year ago, with the inclusion of a new Hudson Valley area in the Michelin guide dedicated to New York, the restaurant in Pocantico Hills had made its debut in the Michelin Guide immediately winning two stars (one, however, has been illuminating the New York venue for several years). Now, however, the scene changes.

2021 in Pocantico Hills. 4 chefs for the “new” restaurant

For some time, the American chef had been developing the idea of moving away from the kitchen, and his letter recently sent to the staff clarifies the terms of what is a (temporary?) retreat shared with the partners and in any case aimed at safeguarding the philosophy that guided the two restaurants thus far. While it's not yet clear what will happen in Greenwich Village, for the countryside restaurant Barber has already announced the intention of starting a residency plan that will run throughout 2021 (at the moment the restaurant is closed, but offers a picnic service on site and box of takeout products), with the alternating of four chefs - one per season - who will be free to interpret the Hudson Valley products in their own way, with the support of the team that already operates on the estate. The venue will take the name of the guest chef from time to time, without prejudice to the "location" at Stone Barns (while the nickname Blue Hill will come off the sign).

A commitment towards equality and freedom of expression

But there is more: if the challenge for the property will be an opportunity to renew the New York gastronomic scene with the graft of new gastronomic cultures, for the selected candidates the residency could prove to be a great help in a difficult moment. The idea is in fact to select chefs who have lost their restaurants or have found themselves in economic difficulty because of the pandemic, without limits of origin. The only requirement for the candidate chefs is to have a serious interest in agriculture. The chefs involved will receive compensation and free hospitality at the Pocantico Hills estate. The name of the first choice should be announced in early autumn, along with some more clarifications on the direction of the work that will start in January. 2021 will thus flow with the intention of realizing the commitment in the fight against social and gender inequality in the dining industry. For the future, however, plans are not yet defined, but Barber isn't ruling out that Blue Hill can start again as we have known it so far.