Curfew in Berlin for bars and restaurants: closing from 11pm to 6am 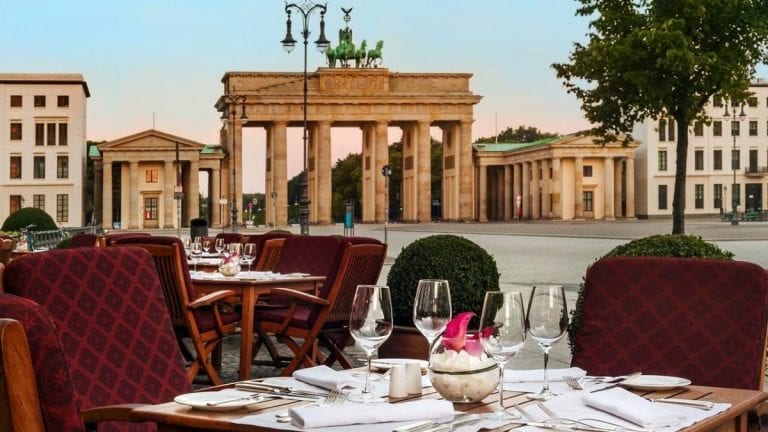 Even the capital of Germany is running for cover after the rapid increase in infections last week, in any case much more contained than elsewhere in Europe. All commercial activities, including bars and restaurants, will be closed at night until the end of October.

Coronavirus: the situation in Berlin

While in Europe the focus is on Spain, France and the United Kingdom – countries where the increase in the contagion numbers continues to seem out of control – also Germany, which instead stands at numbers lower or similar to the Italian ones, runs to repairs. The most concerning area is Berlin. Already a couple of weeks ago Mayor Michael Muller had anticipated a tightening of the measures to contain the virus starting from the beginning of October: “Summer laxness is a closed chapter,” echoed Senator Ramona Pop. And so, from October 3rd, limits have been set on the number of guests at private parties, fines for those who issue false personal details when entering a public place and the obligation to wear a mask in public and private offices. In the German capital, in recent days, the new cases registered have been around 200 units a day, with an increase of 1,600 new infections in the last week (the calculation, domestically, reaches 2636 cases). Numbers, we said, still largely in control, but which are worrying for the rapid evolution observed in other countries. This is why starting from the weekend of October 10 and 11, in Berlin, the curfew that Italy has averted (at least for the moment, with the exception of Vincenzo De Luca’s region of Campania) is implemented.

Bars and restaurants close at 11pm

In the city, therefore, restaurants and bars will have to close from 11:00 pm to 6:00 am the following morning, with exceptions limited to gas stations with coffee bars, that nonetheless, can’t sell alcohol throughout the night. In the same time slot, meetings with more than five people will also be prohibited. The measure will last until the end of October, except for further assessments on the state of the infections. The measures, although perceived as excessive by the population, were introduced ahead of time to avoid the risk of a new lockdown, explained the local administration. Four of the twelve Berlin districts (including the districts of Mitte, Kreuzberg and Neukoelln), in fact, are considered at high risk due to the incidence of infections recorded in the last week. And in fact, two of the states of the German confederation already imposed mandatory quarantine for those coming from those areas of the city. Avoiding nightlife gatherings – even if the curfew equally affects clubs and restaurants tout court, penalizing the entire sector – therefore seems a necessary measure to avoid splitting the State. Now the alert level, which in Berlin has been measured in red lights since the start of the pandemic, has risen to the second level. But starting from 9 October, even in Munich and Frankfurt, the ban on restaurants and breweries from being open after 10 pm will be enforced.