Childfood: authorial recipes for children in a book that promotes inclusion 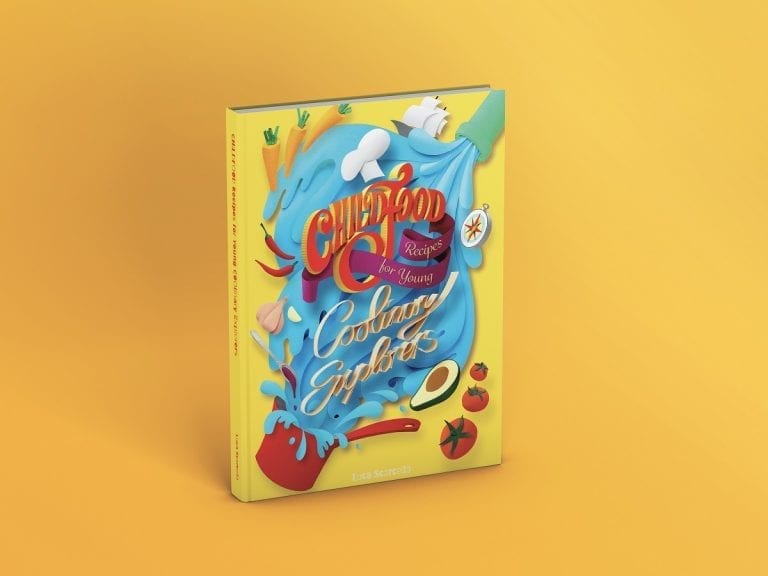 Conceived and written by Luca Scarcella, Childfood is a recipe book that also tells many stories about the origin of food. And it involves 23 great chefs from all over the world. Available on Kickstarter, buying the book is also a social gesture.

23 recipes collected in the book Childfood, in collaboration with as many famous chefs from all over the world, who have made their creativity available to develop child-friendly dishes, starting from ingredients whose text also reconstructs the story over the centuries. But Childfood is not just a recipe book to be used in the family to introduce the little ones to the joys of cooking. Childfood is a solidarity project, financed on Kickstarter crowdfunding platform: the campaign started on June 16, and within minutes it was rewarded by the platform managers with a feature on the homepage, among "the projects we love." This is primarily due to the educational value of the initiative, which aims to showcase food in a fun way, while providing lots of useful information to stimulate children's curiosity, make them passionate about the topic, teach them to know what we eat. Furthermore for its ability to encourage a moment of aggregation in the family, with adults called to assist and involve the little ones in the kitchen.

A book that helps children in need

But also, as mentioned, because Childfood supports two charity initiatives: to support Charity Water - committed to guaranteeing the supply of clean and drinking water to the most disadvantaged communities in the world - every five books sold, one more child will be able to dispose of of water; secondly in support of the Share the Meal project of the World Food Program. Inside the book in fact there's a Qr Code which gives access to the Coolinary Explorers team, and allows readers to donate €0,40 cents (a sum necessary to feed a child in need for a day). After all, the Childfood recipes are dedicated to "young coolinary explorers", with a play on words that highlights the beauty of the kitchen. The idea is the result of the commitment of Luca Scarcella, who is the author of the book, as well as the proponent of the project founded on the cornerstones of education for good food, inclusion and solidarity: “We are experiencing an incredible historical moment where the the only common denominator is cultural blending. I am convinced that a book that offers recipes from all over the world can help embrace diversity, create strong bonds, build bridges and break down the walls of racism, ignorance and intolerance."

The book can be ordered online (cost 32 euros), and can be shipped all over the world. The book is written in four languages (Italian, English, Spanish and Portuguese) and is indicated for children between the ages of 5 and 13 and in addition to the 23 recipes are stories on ingredients most used in kitchens around the world, plus enriched with colourful illustrations. To stimulate interaction, moreover, part of the recipe book contains coloring pages and blank pages dedicated to children to write down their recipes. Scarcella, an Italian freelance journalist based in Los Angeles (also creator of two successful web documentaries), personally contacted international illustrators and chefs, asking them to make themselves available for the project. Among others, Massimo Bottura (the only Italian), Gaggan Anand, Dominique Crenn, Vladimir Muhkin, Francis Mallmann and Virgilio Martinez answered the call; but illustrious names also appear in the ranks of illustrators, from Pascal Campion (already working for Dreamworks, Disney, Warner Bros.) to Nikkolas Smith, who recently jumped to the headlines for the portrait of George Floyd in support of Black Lives Matter. And for Italy Giacomo Bevilacqua and Giulia Rosa. The target is set at 44,000 euros, but in just over a week 15,000 have already been donated.