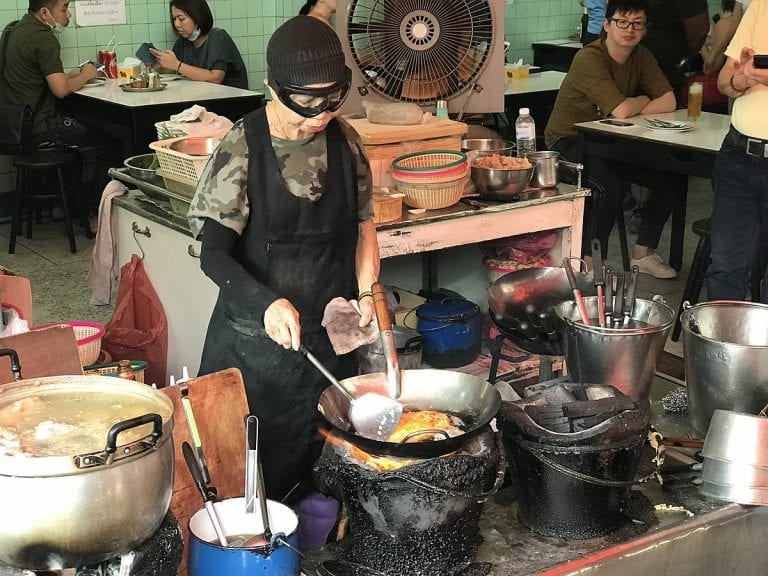 Jay Fai's omelette and many other street foods among the stories told by Chef's Table in Asia, for the new Netflix season coming on April 26th.

The last season of Chef's Table––the sixth if counting the baking spin-off––was released on Netflix only a few weeks ago. The cast selected around the world by David Gelb, producer of the series with a cult following (the first season dates back to 2015), has gradually become more heterogeneous, up to including personalities that are outside the circle of the great Michelin starred kitchens, to focus on issues of social, political and cultural significance.

On April 26th, however, it will change once more, with a new season completely filmed in Asia. This is the initial piece of information acquired on the new series, very few previews have been shared at the moment on Chef's Table series dedicated to street food. Not an absolute novelty, considering how often, especially in the last few episodes released, the camera lingered on street food and the popular traditions that fuel its success (the excursus on Mexican popular cuisine by Enrique Olvera, or Christina Tosi's pop pastry shop, for example).

The role of street food

This time, however, the food show is clearly moving to the streets, to intercept the consumption habits of a community, and the stories of excellence that have arisen almost from nothing, which even guide books have begun rewarding in recent years. One among them is Jay Fai's, a very dynamic street chef from Bangkok, awarded a Michelin star for his crab omelettes, served in a room with a spartan street kitchen to say the least.

Notoriety has brough with it a queue that is assembled outside the eatery every day, turning an enterprise from one of her legendary omelettes. According to the poster of the series, which portrays her, she should be one of the protagonists of Chef's Table Street Food. The nine episodes will each filmed in a different country on the Asian continent, "to tell stories of perseverance in handing down the gastronomic and cultural roots of a community". But it's the spin-off may continue to live on its own life, with new seasons dedicated to the theme. Let's therefore expect sets that range from street vendors, food trucks and open-air markets. Waiting for some more succulent details.