Anissa Helou, the chef who tells the story of Islamic cuisine 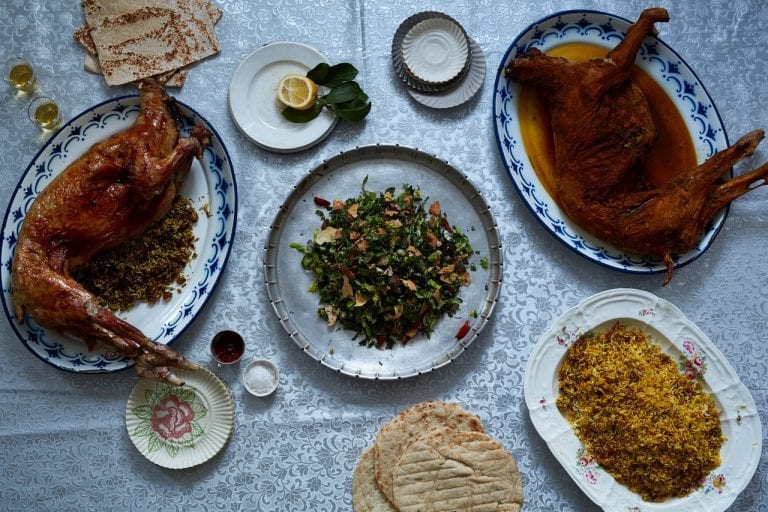 A multifaceted and enterprising woman who has found the key to success in the kitchen and in the Islamic food culture: introducing Anissa Helou, chef and writer.

Syrian father, Lebanese mother. Feminist, minimalist, artist, tireless traveler and great cooking enthusiast: Anissa Helou, chef specialized in Middle Eastern gastronomy and author of successful cookbooks, was the protagonist of the tenth edition of Middle East Now, a festival hosted in Florence from 2 to 7 April, designed to bring the contemporary Middle East to the table, conceived by the cultural association Map of Creation. 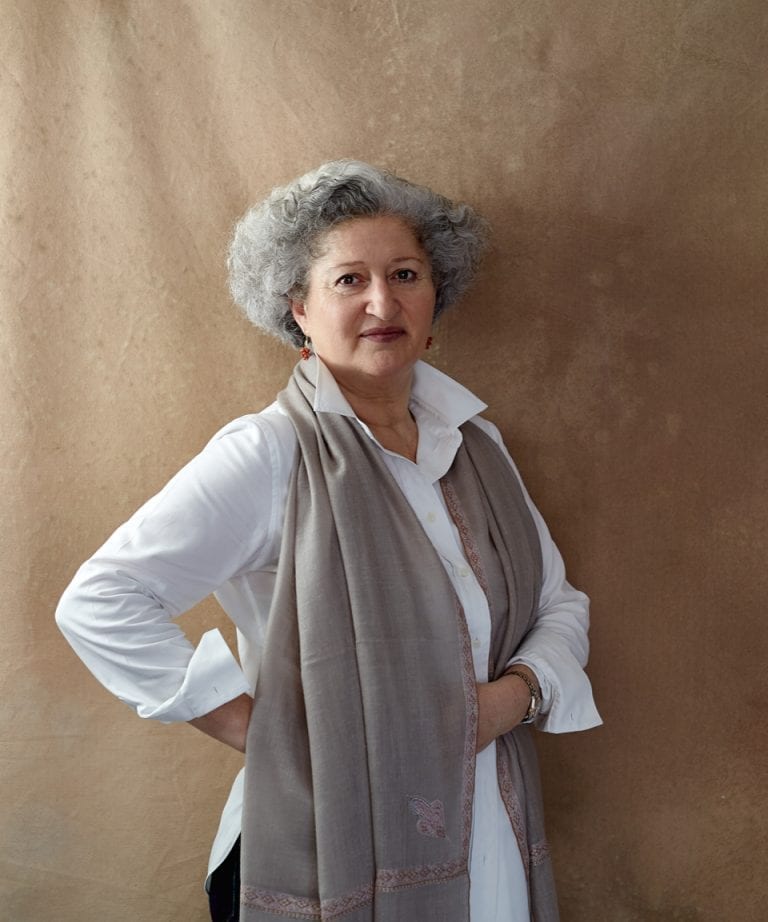 Feast: Food of the Islamic World is her latest work, a volume of over 500 pages offering a cross-section of Islamic cuisine, with 300 recipes from various parts of the world where Islam has spread, from Xinjiang to Zanzibar, from Senegal to North Africa, passing through Lebanon, Turkey, Syria, Afghanistan. More than a cookbook this is a veritable gastronomic treatise.

But let's rewind and go back to her origins, to that childhood spent in Lebanon during the 60s. Anissa is a chubby child as she defines herself with that touch of irony that distinguishes her, a young gourmet who loves clean and decisive flavours and who follows her mother's movements in the kitchen with fascination. Growing up, love for good food remains, but she chooses not to try her hand at cooking: "I wanted to be a free, independent woman and cooking, at that time, was equivalent to being somehow subdued, domesticated".

And she continues: "When I first moved in with a man, I immediately made things clear: he shouldn't expect dinner ready every night." Her motto, in fact, reserved for partners, friends and relatives, was always the same: "Open the fridge and eat what you find". Until one day, a friend stopped for dinner and prepared a dish by herself. "She had a special attitude: cooking made her happy. My feminist ideals collapsed, and I decided that I could start cooking too. Maybe not every day, but for special occasions". 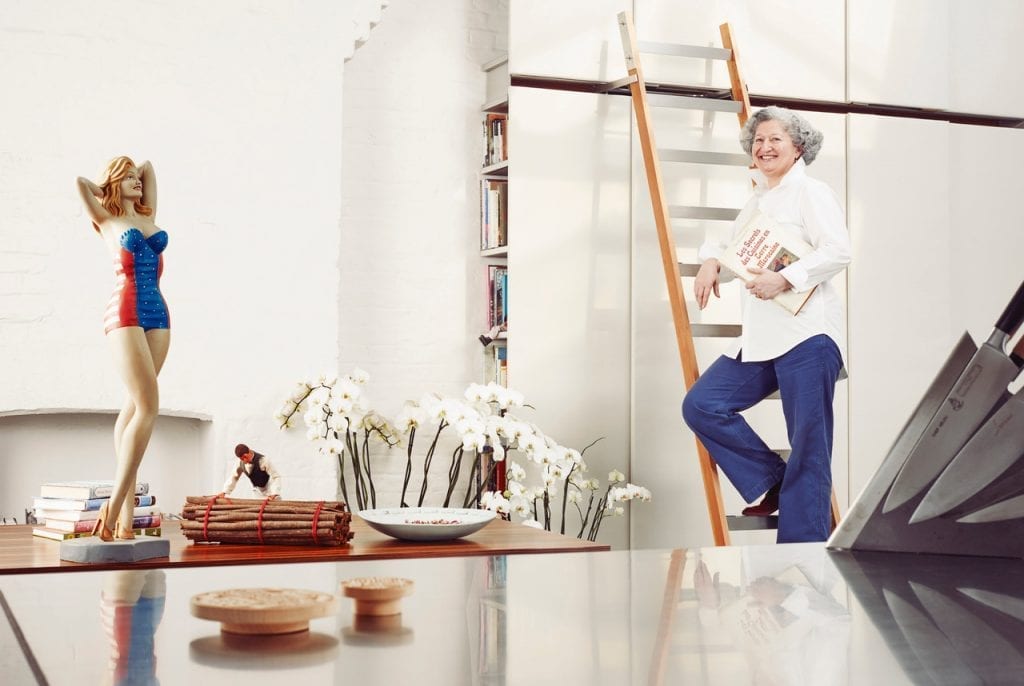 Anissa had no experience, yet her way of constantly observing her mother at work had provided her with the basics she needed: "I don't know how it's possible, but I was good and so I began to take inspiration from some recipe books".

The restaurant world is a man's world

Today, she is one of the world's most famous Middle Eastern cooks, but her feminist soul remains firmly in place: "The restaurant world is still a purely male setting, which can be uncomfortable for a woman. Fortunately, however, the profession is expanding more and more even to the female world. Plus, finally, the mentality is changing: young kids no longer expect their female partner to do the cooking".

Anissa Helou's cuisine is simple, essential, minimalist. Just like the philosophy of life she chose to adopt: "One day, suddenly, I realized how unnecessarily bulky all the objects I had were. Since then, I have tried to minimize as much as possible the confusing conditions, even so in the kitchen”. Simple recipes, "that sometimes I change slightly but decisively, enough to turn them into new dishes".

She also boasts a great aesthetic sense, a legacy of her past in the art world: “I want to be able to enjoy the beauty of what surrounds me, in the kitchen as well as in the dining room. Whether it's the dish, the furnishings or the ingredients themselves, it doesn't matter: what matters is that they are beautiful”. 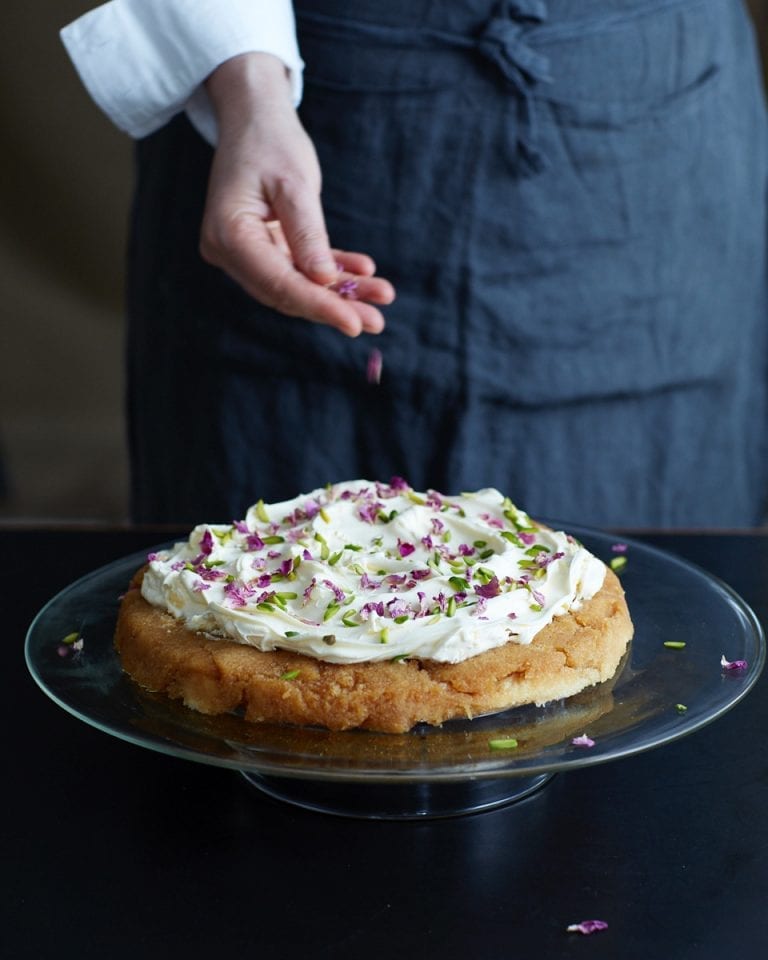 The allure of Islamic cuisine

The culinary journey of Anissa Helou began years ago, but today Lebanese cuisine––and more generally the Middle Eastern one––has completely invaded Great Britain, one of the countries where the cook lived the longest. The strong point? "The way we eat: small portions, a lot of sharing between diners, and focus on ingredients".

Sicily and Lebanon face to face

Currently the chef lives in Sicily, a land where she finds that climate, flavours and "sweet life style" typical of her Lebanon, make her feel at home. First, however, there were Paris, Kuwait, London: "I feel comfortable everywhere, although today I would probably call London my home". Among her favorite places, however, there is always Aleppo, "gastronomic capital of the Middle East, with a sophisticated and complex cuisine. And all the suggestive souks (markets, ed.) that existed before the war... it's a city to discover".

Her city, like so many other places, is narrated in her latest book. "The stereotypes and the way Islam and Muslims are depicted in the Western world offer a distorted picture of our culture, usually seen in a bad light. What I want to do with this book is erase the clichés". Starting with food.

In addition to the book, the Florence festival was the unique opportunity to discover more about the typical bread of Middle Eastern countries, the subject of debate during the event: “Together with rice, bread plays a leading role. In many countries it's used to accompany any type of food with every meal". Anissa's favourite is Moroccan bread, "easy to prepare and very tasty". 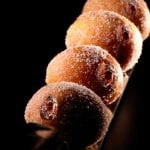