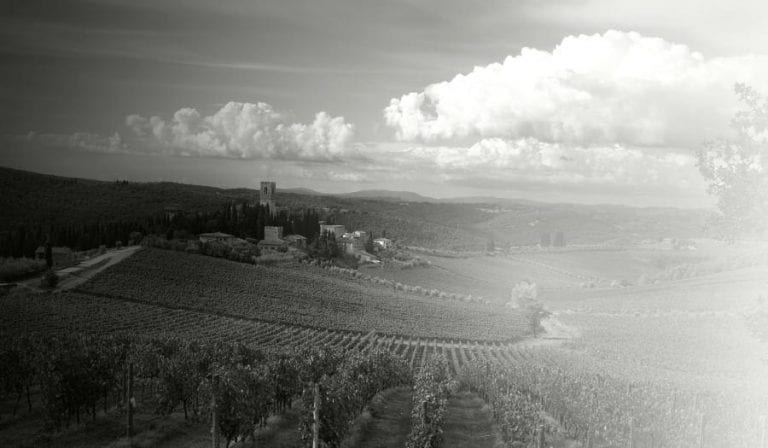 Twenty million bottles, coming from Chianti Classico, Piedmont and even Puglia, along with various businesses abroad: Antinori is not a winery, but many wineries together. This is the philosophy that moves Albiera, the woman who today crafts the image of this historic Tuscan estate.

“The future is rosy,” says Albiera, Antinori's manager, who works alongside her sisters, Allegra and Alessia. A look at the history of the Antinori family shows that through the centuries – even before 1385, when Giovanni di Pietro Antinori registered with the Arte dei Vinattieri, a winemaker’s guild, in Florence – they had entrepreneurial know-how, political sense, and steely intelligence. Those abilities ran through the generations, and we see them today. The mother of two children just out of their teens, Albiera is a woman who measures her words, but says what she thinks. The low profile she has chosen to maintain veils determination, skill, and great will power.

“As soon as I finished high school, I began to work in the winery. That August I was already at Castello della Sala for the harvest, in February I traveled to Canada with my father, the next spring I followed the new vineyards in Casa Sole, and then came the harvest again. I’m still there. Over the years I have worked in all sectors of our business so I could learn, understand, have a picture of the whole thing and choose what I liked. That was marketing, image and communication. I began there, and came back to that, but with a slew of experience with what goes into a wine estate. Rather – an estate made up of many estates, like Antinori. I wouldn’t want to do anything else. I also follow the real estate part, restoration and building, including the houses that are on the various properties and the winemaking facilities. In the end, even real estate is communication.”

Last year she celebrated 25 years of work in the company that bears the family name. Albiera is vice-president, and together with Allegra and Alessia, she is part of the generation that will succeed their father Piero. He took the reins of the winery in the 1960s in a time of grave crisis in the wine world, and he transformed Antinori into the majestic jewel it is today.

“We are three women. That’s how it went, and that’s good from many points of view. In Italy, at times it requires some dramatic situation to force entry into the modern world.  There can be quotas for women – I would be ideologically against that but it could be necessary in a country that would never otherwise give space to women.  Or there can be all-women heirs, as in our case. Who knows what would have happened if there had been even one son. We can’t think about that. What we do know is that this circumstance allows my sisters and me to show that in the right place, women can do a great deal. Differently from the men, but not less”.

Today, the Antinori group turns out 20 million bottles every year. Most come from Santa Cristina, in Chianti Classico, followed by Guado Al Tasso in Bolgheri, Castello della Sala in Umbria, Prunotto in Piedmont, and Tormaresca in Puglia. The big numbers could make you think of an industrial enterprise. Antinori, instead, manages to convey an image of links to the earth, of farming. “Antinori is made up of many farms put together. There’s a reason each one has its own name, its own staff, its own agronomic and enological choices, its own varieties. Numbers become important if added up, but in our intentions, and in the facts themselves, each property remains distinct. That requires great care and great effort. If you want each territory’s soul to fully express itself, you have to make specific choices, often different for each. The vines are different, the climates, and also the people and their goals. It’s like a closet with many drawers. The closet is large, and contains many drawers. But each one is a world unto itself, and must be treated that way”.