2018 in food: what happened during the Year of Italian Food 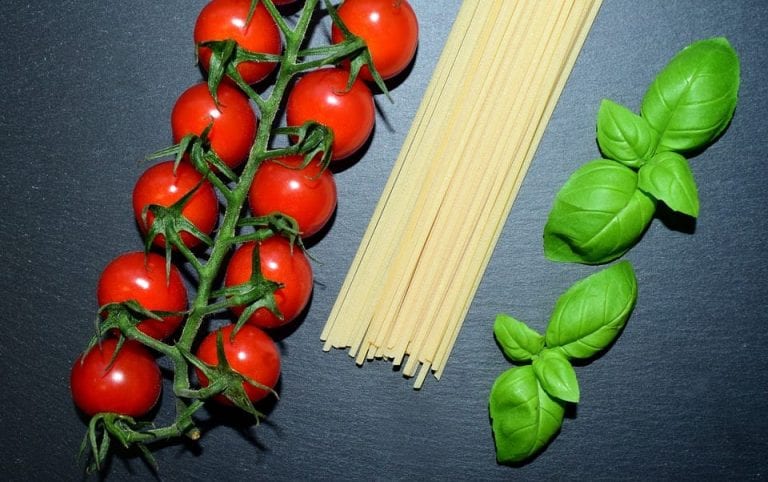 42 billion euro is the figure reached for the first time by Italian food exports in 2018. A record obtained precisely in the "Year of Italian Food," which featured a number of projects and events of all kinds to promote the Italian gastronomic culture. Here are the highlights.

"We have a unique world heritage". A certainty, a never predictable confirmation that year after year is confirmed and proclaimed by field experts, the press, professionals, and the government. The quote, exactly a year ago, was by former Minister Maurizio Martina, who together with Dario Franceschini, at the time Minister of Heritage and Cultural Activities and Tourism, had launched the National Year of Italian Food. Twelve months dedicated to the Italian gastronomic culture in all its aspects. "It's not a question of emphasizing only the economic success of this sector", the Minister commented, "but to rather confirm the deep connection between food, landscape, identity and culture".

A project that included various cultural initiatives, from forming of food districts, which involved farmers, breeders, fishermen, cooks, artisans, to a whole series of events related to Italian cuisine, with a focus on all the UNESCO recognitions obtained over time: the Mediterranean Diet, the sapling vine of Pantelleria, the landscapes of the Langhe Roero and Monferrato, the Art of Neapolitan pizza-making, and Parma appointed creative city of gastronomy, to mention a few. In addition to a social media campaign focused on food and signature dishes, which emphasized the ancient and unbreakable link between art and food, from the Greco-Roman era, to contemporary art, by way of the Baroque.

A noble initiative, but was it effective? It would seem so: no greater quantities of Italian food and wine were consumed on world tables, reaching a historical record for food exports. In 2018 exports reached a 42 billion euro value, with an increase of 3% . The final numbers for the year that just ended is provided by Coldiretti agricultural association, which, based on the ISTAT data projections, offers a very positive snapshot of the Italian gastronomic scene. Stated in a note, "confirms the potential of the the Italian table for the economic and employment rebirth of the Country".

More precisely, about two-thirds of food exports affecting the countries of the European Union, in particular Germany. Overseas, on the other hand, the United States is the reference market for Italian food, in particular the symbolic products of the Mediterranean diet. Among the protagonists of Italian export all over the world there's wine, which this year presents itself with a new protagonist: spumante, which in 2018 achieved a value of sales abroad exceeding 1.5 billion.

The catalog of typical productsA value that last year was also applied to the tourism and economic sector, as well as cultural, making cuisine a source of prestige and growth for Italy. Knowledge, sharing and discourse were the assets that inspired the entire program, focused mainly on that "Italian living" that has always attracted visitors from all over the world and that in the last 12 months was in the spotlight thanks to various initiatives implemented by Mibact and Mipaaf. A set of agricultural and food products of excellence, for example, and a synthesis of traditional recipes and food and wine itineraries that characterize Italy from North to South. A functional catalog that re-launches the role of interregional tourist offer routes, and which funds tastings and the discovery of ingredients and rituals.

Gastronomic tourism in the villages

Let's also not forget the gourmet map of Italian villages. Coldiretti's project in collaboration with Symbola, created to restore the value of Unesco recognitions linked to the table, re-launched a more human-scale model of economy that holds together development and tech challenges, well-being and community vitality. A true map of the hidden treasures in the villages of Italy, which for all of 2018 has been available on the Coldiretti Farmers For You app, a platform that gathers the best markets, farms, and shops, for a total of over 10,000 salespoints all over Italy.

And then there were the events. Above all, the most acclaimed was surely The White Night of Italian Food, held on August 4: a series of festivals that took life along the entire country, from big cities to smaller towns, hosting many tastings. A big party designed by the then Minister Martina: "Imagine a great night everywhere in Italy through which the power of our territories from the food and wine point of view is promoted, menu, ingredients, food culture experiences that make Italy with night hours dedicated to the knowledge of an inestimable heritage like the Italian one".

The Year of Italian Food has now come to an end, but the desire to support and promote the Italian gastronomic tradition still lingers. This year that has just started will instead be the Year of Slow Tourism, especially in the mountains. And––we know––there is no vacation without good food, which we hope will again be at the center of events in the coming months.