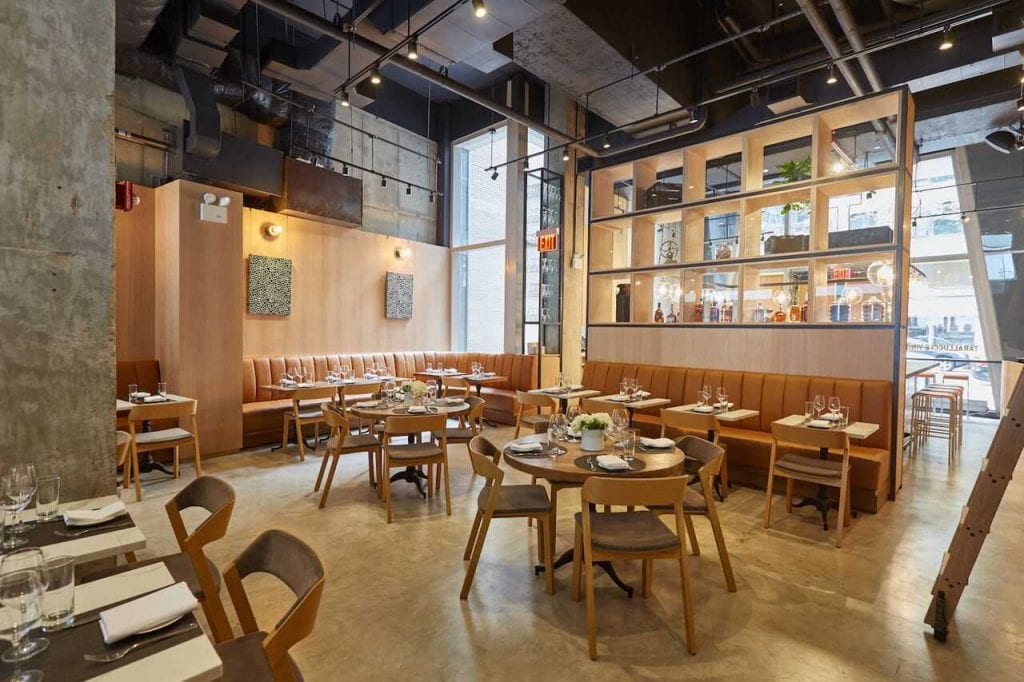 “All ends well with tarallucci and wine,” says a popular Italian saying: is the best way to resolve any kind of dispute. It is an attitude to avoid conflict and focus on the little pleasures of life: there is much of Italy’s character in this saying. The project of Luca di Pietro, accompanied by Wine Director Lorenzo Baricca, was an immediate success. Born in 2001, Tarallucci e Vino is now part of a five-restaurant group in New York that includes the flagship store of Union Square and the last-born, Nomad in the East Village. An elegant, multifunctional place, which is open from breakfast to after dinner. Homemade pastas, such as cappellacci and gnocchi, but also well made cocktails. The food could use a litlle bit of improvement, the strong point is the wine list that seeks to showcase little-known grapes such as nascetta, petit arvine, olivella, and schioppettino. Essentially, a wine list made with love.