If what you’re seeking is solid, authentic and no-nonsense Italian cuisine, then you won't be disappointed by any of the three places owned by Fabio. It all started in the Saxogade district where Famo opened. The prix fixe menu changes daily with a classic four-course Antipasto, Primo, Secondo and Dolce offering. The wine list is condensed but includes the most significant appellations, including many enjoyable wines. Pasta is the highlight here, often homemade; the traditional appetizers and entrees like trippa alla romana and veal in tuna sauce are tasty and genuine. The Italian ingredients are delivered twice daily. The restaurant's winning formula allowed the opening of Famo Carne in the Kongevej district, whose name betrays focus on the Italian meat cooking tradition. Besides, in the Østerbro neighborhood there is Famo Metro, opened in 2010 with tables overlooking the lake. 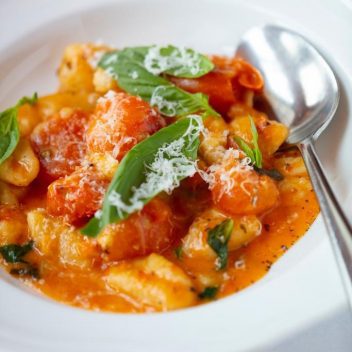 The best trattorias/bistrots are marked with 1,2,3 shrimps according to their quality grades.