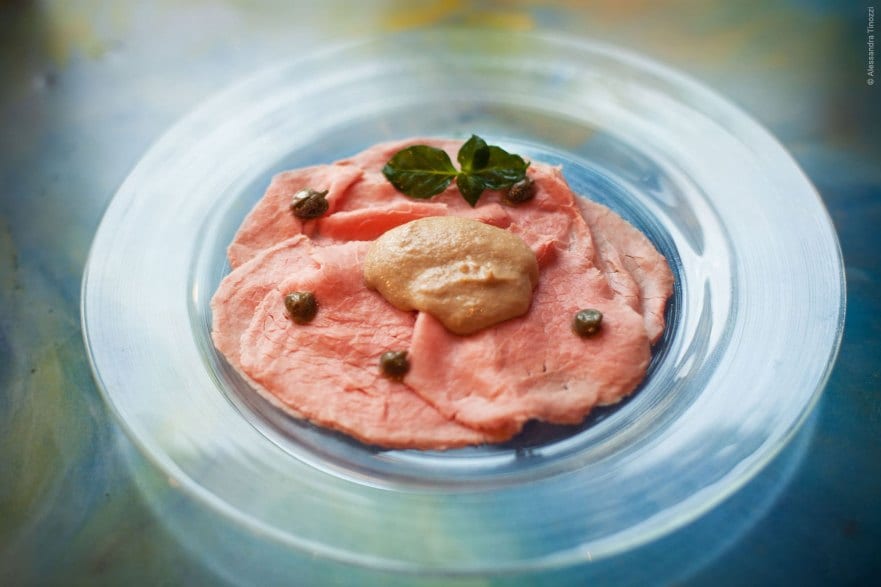 A local that’s historic in its own way, in the heart of an area, the Navigli, that’s changed a lot over the years, marked by the flaming personality of the owner Maida Mercuri, and halfway between a gourmet restaurant and an “old Milan” tavern. Born in 1986 (only 33 years ago but it seems like a century), it remains an ever valid place, whose cuisine today is in the hands of Turin native Ivan Milani. He puts his brilliant creativity at the service of a seasonal, contemporary menu. The old-fashioned vitello tonnato, the “os à moelle” (marrow and sea urchin), the curious “fish, brain and chips” are some highlights. Among the classic house specials we always like the red sugar puffed onion stuffed with goat cheese and caramelized onion on sesame bread. Three tasting menus: Tradition (55 euros), Gioco (75) and Follia (130). Solid and attentive service. Very rich wine cellar with a remarkable by the glass proposals.