Spetzle with nettle and speck 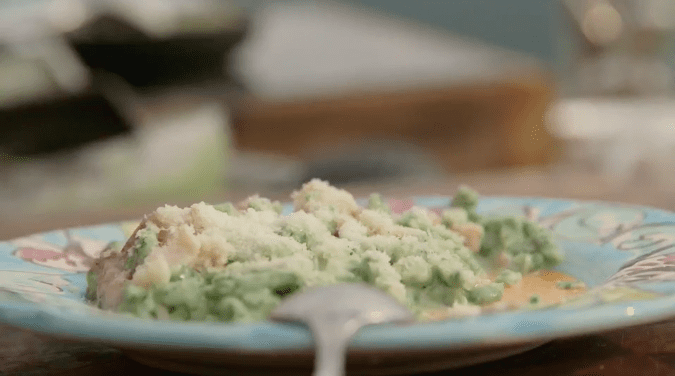 Recipe of: Vegetables and Side Dishes

Take the nettle, remove the stronger wedges and keep the leaves and we boil it. Take spinach and chard, and chop them up. Take a frying pan and add butter and oil. Prepare an onion and add it in the pan. Then add white wine and when it evaporates add herbs (nettle, chard and spinach). Now add a little cooking water and let it cook. Meanwhile, prepare the base in a bowl: add a little flour, an egg, and a yolk. Add a drop of water and pull the dough. Now add nutmeg or trentigrana cheese or pepper to taste. Then cut 3 slices of speck, remove the fat, and shred them. Pan..butter and a pinch of salt and pepper, add the cooked speck and fry. Now add some of milk cream in the pan. Add the blanched herbs (set aside to cool) to the bowl mixture. Over a boiling pot, place a potato cutter to break up the herb mixture directly into the boiling water. After that, fish out the boiled herbs and add them to the pan and toss with the cooked speck. Add some trentigrana cheese to the pan and then turn off the heat and serve.

Recipe of: Vegetables and Side Dishes