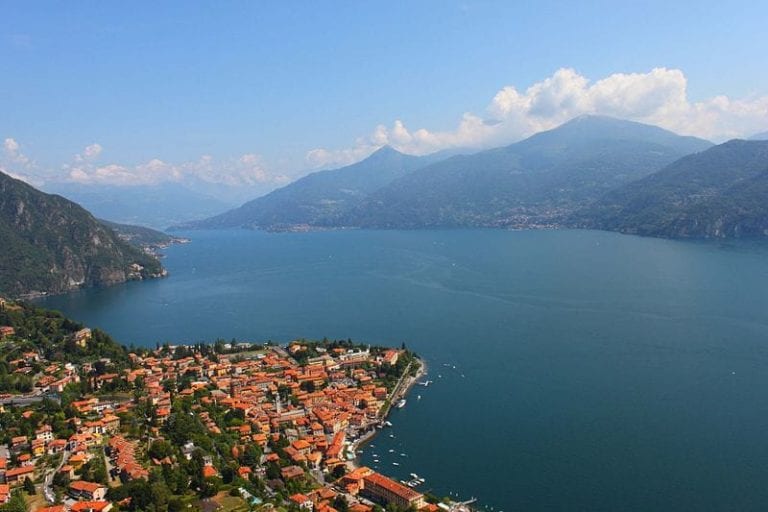 It all started with George Clooney. Who would have expected it? In a placid, quiet area, suitable for families or maybe elderly couples, arrives the Hollywood star, he buys a villa and from that moment on is a veritable invasion of an increasingly qualified tourism and, in turn, the budding of restaurants and top-notch hotels. Here's what's going on in Lake Como in terms of flavour...

Caranchini, Guarino, Beretta, Maci, Berton and many others we'll discuss later. After years of placid lake routine, it can be said that a real renaissance of authorial cuisine is happening in the places dotting Lake Como, especially on "the branch that turns its gaze towards Switzerland," to paraphrase Alessandro Manzoni, and where recently first-rate chefs have landed. Partly attracted by five-star hotels that intend to exploit tourism, especially foreign, that's in constant growth in terms of quantity and (high-end spending) quality.

Moreover, and taking only a few steps back over the years, many people around Lake Como think that the real turning point can be attributed to the glamourous arrival of film celebrity George Clooney and his purchase of the now famous villa in Laglio, capable of attracting media curiosity from around the world for several seasons and, by the same token, bringing many new tourists to the shores of the lake. Today Clooney is much less visible around the Lake, but the fact remains that Como, as well as many other nearby towns, experienced an enviable and unprecedented moment of splendor for tourist and gastronomic businesses in a pleasant setting, dotted with historical kitchens as well as young rampant chefs to keep a close watch on. But let's go in order.

We're starting from the capital, which can count on at least a couple of remarkable addresses, already for some time on the wishlist of the most knowledgeable foodies. First of all, there is the brand new The Market Place which in January opened its doors in a new, more central and sparkling venue. Davide Maci, the cook, has a not too hidden passion for France and this is clearly evident in many of his dishes on the menu (as well as the affiliation to the Les Collectionneurs guide). The chef also has a certain exploratory gusto that goes beyond the clichés of French flavours we're accustomed to, including Asian or simply exotic touch acting as a counterpoint. This means scallops meet daikon and a lime and shallot chutney, while the tagliolini with coriander (whose sweet taste is not impertinent), mixes with confit snails, almonds and an olive crumble. The restaurant truly owns precious aesthetic contents, and is perhaps the most beautiful in the city with its urban style, the few tables and a stunning open kitchen. Not too far afield, however, is also Feel of thirty-five year old Milanese Federico Beretta, who within five years of opening has created a decidedly original and determined style, especially in the choice of wanting to represent in the dish Alpine products without compromising. For this reason, and just as an example, you will not find tomatoes in any preparation: mountain cooking is what dominates here. Often savoury, bold, and involving use of freshwater fish, but not only from Lake Como because delicacies arrive, if necessary, even from more distant lakes, such as Garda and Iseo. Feel has a somewhat romantic soul in its two small rooms, but the large table for eight people with a convivial spirit is equally appreciated. On the menu, try the carp with white celery, zincarlin and watercress, or the tripe with cornelian cherries, Pigna white beans, bay leaf and sage-flavoured bread crumble.

Leaving Como and choosing the side of the lake that leads to the tip of Bellagio, you will find the biggest news of recent times, namely L’Aria restaurant housed inside the new Mandarin Oriental Lago di Como. At the helm is chef Vincenzo Guarino, with a remarkable cv (Frédy Girardet and André Jaeger, among others) and a recent journey that led him from his native Vico Equense, where he was born, to land initially at Castello di Spaltenna in Tuscany and finally on the lake, with a menu that somehow tells many of his different working passages. His cuisine reveals precision, great elegance, an approach that's free from trends and conditioning (ranging from pork with yakitori sauce to fresh pasta bundles stuffed with smoked aubergines, glazed whitefish, bread chips and bouillabaisse sauce) and obvious references to his native Amalfi Coast roots. There is no lack of provocation, but with elegance, because in the end the results are those of great solid and modern cuisine, which can expect, with merit, almost immediate recognition from the top guidebooks.
Also in Bellagio it's impossible not to mention Ettore Bocchia, at the Mistral restaurant of Grand Hotel Villa Serbelloni (see box). It was he, in 2002, who launched the first molecular cuisine menu in Italy, in the wake of the Iberian precursors. But those who think that the chef is only dedicated to molecular cuisine have to think again, since his remarkable technique finds fertile ground in perfectly re-proposing classicism in an integral way, sometimes also drawing from the local territory. Think for example of missoltini fish from Lake Como that are caught, salted and dried in the sun, and that Bocchia offers in his chitarrucci.

A little further on, following the winding path between the mountains and the lake, you will reach Sereno, the hotel that houses the Berton al Lago restaurant (Due Forchette recognition by Gambero Rosso), in the hands of one of Andrea Berton's most precious collaborators, young and enterprising Raffaele Lenzi. Already seen at work at the Seven Stars in Galleria in Milan, Lenzi has built a compelling and far from trivial path, where the offer encompasses tubers, vegetables and roots (see cardoncelli mushrooms with lotus root and mint pesto) and a menu with perhaps more classic and easily understandable preparations, but impeccable and perfect for those who want to be amazed, but not too much. Take veal Milanese, for example (offered however with spicy sauce and lime) and the lobster au gratin with thistle and fennel. The breathtaking lake view and the artistic touch of Patricia Urquiola, who decorated the hotel, make the place worthy of a visit that goes beyond the simple gastronomic tip, which is in itself is already worth the trip.

If, on the other hand, you choose to travel up the other side of Como, you will almost immediately come across, in nearby Cernobbio, two addresses which are only a few yards from each other. The first is Kitchen, the Sheraton hotel restaurant which is actually still in the Como area, but at the gates of Cernobbio. About a year ago, a group of enterprising and close-knit young chefs came here, previously employed at I Tigli in Theoria in Como, and led by twenty-six year old Andrea Casali. In the restaurant, which was once owned by Paolo Lopriore, today there is a lively fine cuisine, which plays on seasonal delicacies, great reinterpreted classics (such as foie gras escalope with beetroot and raspberry) and unshakable certainty of its gravies, such as beef, which enriches the rich Parmigiano buttons with pear and foie gras. It's a team to keep a close eye on, and the place is one of the most pleasant and intimate restaurants on the lake, with the privacy of a peaceful park to boot. Not far away, as mentioned, is Davide Caranchini's Materia, one of the emerging names of the new Italian cuisine. Not yet thirty years old, from Como, he is a creative and meticulous interpreter, who loves to inspect the shades of acid and bitterness, and moves at ease between fermentations and smoked preparations. He has learned the lesson well by attending some popular restaurants outside domestic borders, obviously towards Northern Europe. A minimalist taste that focusses on extractions, herbs, vegetables, perhaps from the greenhouse close to the restaurant, and finally reveals an extraordinary ability in how to dose different ingredients. One of the most interesting tables in Italy ever in this specific historical moment. Do not miss the buttons of fermented potato with yeast, rye curd and smoked herring eggs, and veal tongue with kumquat and pickled vegetables.

The lake tour can only end with a stop at La Terrazza Gualtiero Marchesi restaurant, located in the Grand Hotel Tremezzo, in Tremezzina. Here, in a brand new sparkling kitchen inaugurated a few weeks ago, the immortal dishes of Gualtiero Marchesi are revived in Osvaldo Presazzi's offer. This is the ideal place to savour the famed gold leaf and saffron risotto, open ravioli, recipes like "Il Rosso e Il Nero," filet alla Rossini and all those dishes that have led to the growth and formation of a large part of the chefs that have become today's stars, from Oldani to Berton, from Camanini to Cracco, just to mention a few from a list we know to be infinite. A place of memory, which preserves a heritage that needs to be preserved and handed down over time. Around the shores of Lake Como one can look at everything: the present, the future and also the radiant past of the highest Italian gastronomy. A microcosm, a gourmet ecosystem that deserves a deep analysis.