Dining on the Raa atoll in the Maldives. An Italian in the kitchen of the Emerald Maldives Resort 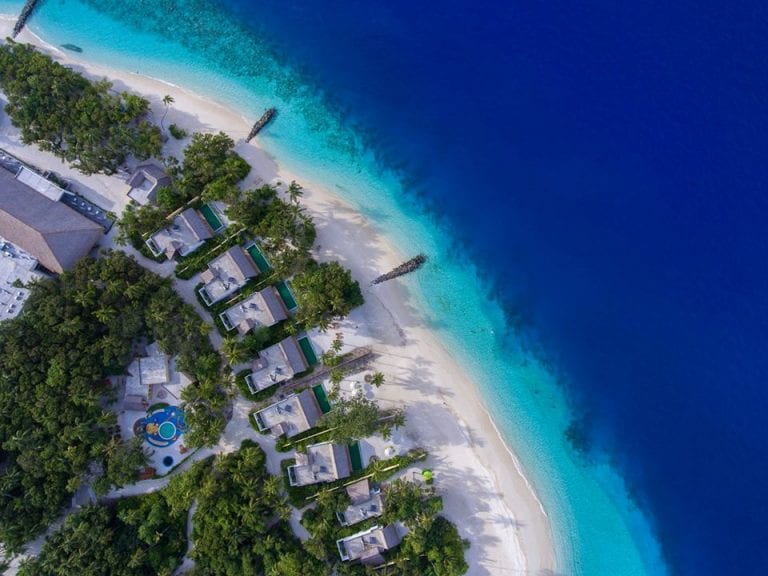 We went to a resort hotel in the Maldives to discover the secrets of the local cuisine.

World cuisine at the Maldives. An Italian’s idea

All or almost all of the world's cuisines condensed in a single buffet spread. This was the choice of the Emerald Maldives Resort and Spa of the Roman entrepreneur Gildo Scarapicchia, who for his deluxe hotel with all-inclusive formula, chose that customers could taste dishes from multiple latitudes.

It's happening on the Raa atoll, famous for one of the most spectacular marine ecosystems, and one of the largest lagoons in the Maldives. Here, in four different restaurants, chef Aldo Cadau, Sardinian but with long experience around the world––London, Milan, Sardinia and the United Arab Emirates, and now seven years in the Maldives––offers his services in some of the most important resorts of the small Indian Ocean republic––now in force at Emerald.

The cuisine at Emerald Maldives Resort

With chef Aldo we made a rundown of everything one can savour on a festive evening: from Maldivian dishes to Mexican tacos, to Japanese sushi, not to mention the chef's Sardinian dishes, from suckling pig to fregula, by way of malloreddus. The ingredients almost all hail from South East Asia––especially the produce––lots of meat from Australia, and tomatoes, flours and cheeses come from Italy. The fish is obviously local, caught fresh in the atoll reef. Red, yellowfin and small  bonito tuna dominate over the other species. Less salty and warmer waters like those of the Indian Ocean make the meat sweeter and softer. Fishing with nets is absolutely prohibited, fish is exclusively line-caught.

There is also the use of coconut in many Maldivian recipes––there are three different varieties from which to obtain coconut water, coconut milk and coconut oil, and it's such a precious commodity that the government has done a census of its trees, one by one. Same goes for the use of the leaves of the curry tree. (video)

The vegetable garden on the Raa atoll

A large vegetable garden is also being created on the Raa atoll, intended for growing the restaurant's own vegetables and herbs. There is also a nursery for the plants that decorate the apartments of the resort. Aldo explains how the thin layer of soil on the island is completely natural and quite unusual for the Maldives. It's no coincidence that the Raa atoll has been the vegetable garden of the Maldivians for many years, the only atoll where it's possible to grow produce. Aldo dreams of making the chef garden bigger and bigger and takes us to see some of the indispensable plants in his kitchen.

We said goodbye in the hope of soon seeing the blooming Finifenmaa, the rose that is the national flower of the Maldives Republic.