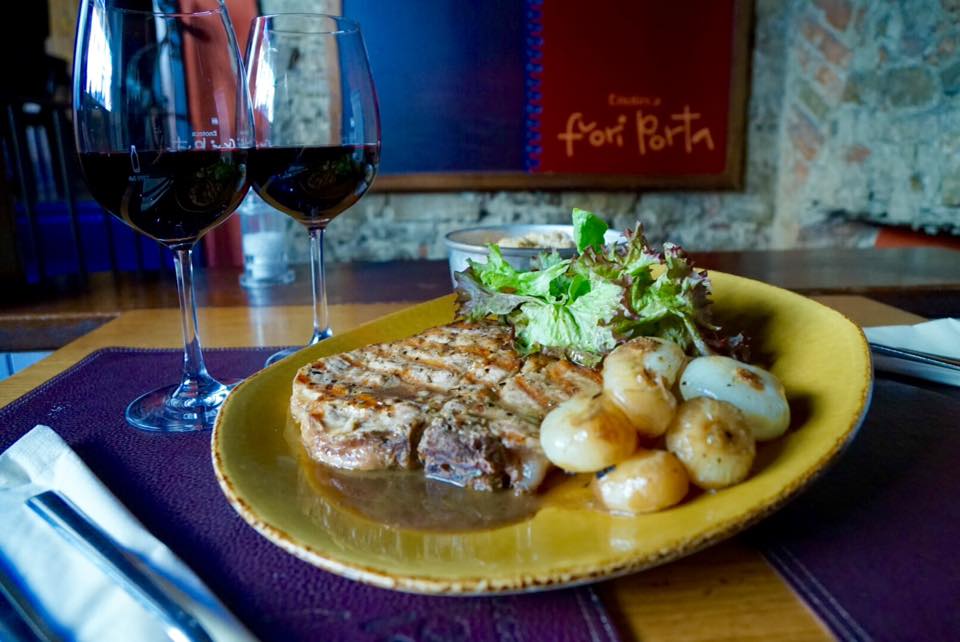 The local vocation and style converge towards a concept of modern osteria that saves some atmospheres of the past, but then projects its offer into the contemporary, adapting to current needs. In one of the liveliest districts of the city, San Niccolò, compared in some way to the atmosphere of the Parisian left bank, Fuoriporta has earned its success thanks to the intuition to propose – first in the city – important by the glass wines, chosen throughout the Italian territory, and accompanied by hot crostini with good cheeses and cured meats. In addition, the offer has now expanded to include a menu – not too large but well articulated – which includes some vegetarian options, such as chickpea-based meatballs, and fish specialties, from Livorno-style codfish to stewed octopus. Informal but efficient service.