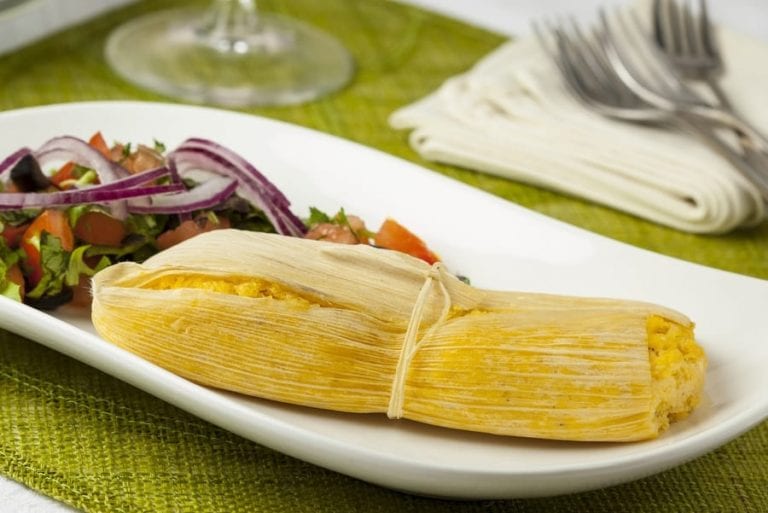 Peruvian gastronomy is now famous and appreciated all over the world, but other Latin countries have a lot to offer in terms of fine food. In Ecuador, for example, the local diet is tasty starting from the morning meal. Here are the specialties of the Ecuadorian breakfast.

An area with an ancient and wild charm, covered by native forests that are essential for our environment, regulating the water cycle and providing a habitat suitable for the many animal and plant species that coexist in this impervious and primitive land. It’s no coincidence that precisely in this corner of the world, identified as the “center of creation”, Darwin drew inspiration for his theory on the origins of species. It was the first half of the 19th century, and the scientist on board the HMS Beagle made his exploratory observations around the planet, focusing especially on the Galapagos Islands. Today, the archipelago is still one of the largest biodiversity resources on the planet, and among the main supply sources throughout Ecuador. It’s not surprising, therefore, that South America presents a varied cuisine rich in exotic aromas, unusual flavors, fragrances and different textures. But it’s not only the islands that characterize the local table: Ecuadorian gastronomy is the result of the union between traditions of the coast, those of the Sierra, the region that extends along the Andes, and those of the Amazon, rich in delicious fruits and keeper of ancestral customs. Then there’s also the influence gained from the Spanish domination, mitigated however by the ancient customs of the native peoples. Pork, chicken, beef, cereals, bananas, plantains, and the cassava, also known as manioc, a typical product of the rainforest: these and many other ingredients at the base of local nutrition. But what do locals eat in Ecuador in the morning? Substantial and succulent dishes, accompanied by typical colada, oat drink, lulo (tropical fruit with a vitamin-rich juice), muscovado sugar, water and cinnamon.

Bolón de verde: from Ghana to Ecuador, by way of Cuba

Among the most common breakfast dishes is bolón de verde, Equador’s national dish appreciated in all regions but particularly widespread along the coast. A sort of croquette made with cooked and crushed green plantain, mixed with cheese and chorizo, usually served in combination with fried eggs. Although today this is one of the symbolic recipes of local gastronomy, the bolón owes its birth to Cuba: according to some food historians, in fact, it was the Ecuadorian version of fufú de plátano, a mix of roots – especially cassava and igname – cooked and minced in a wooden mortar, diluted then with hot water to create a kind of velvety soup. A preparation that in turn is inspired by the cuisine of another country, Ghana, in particular that of the Ashanti people, among the most important national ethnic groups, who consider it a staple food for the daily diet. 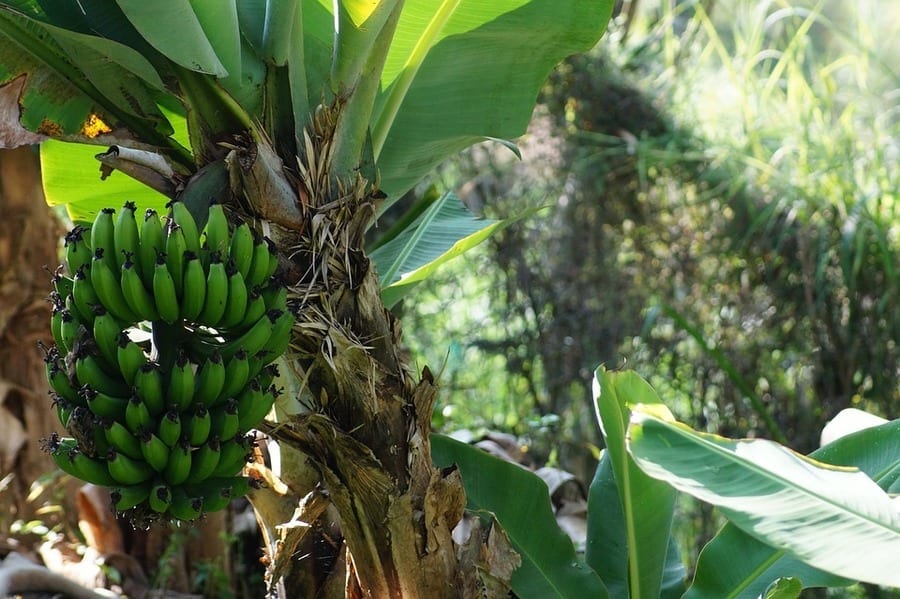 This long and complex journey, from the Gulf of Guinea to Latin America, brought with it various variations and changes to the dish. According to Cuban history expert on culture and folklore Fernando Ortiz, the arrival of the recipe in Ecuador took place thanks to the slaves arriving from Cuba during the English domination. Among the dishes reserved for the slaves was boiled and crushed plantain, typical Ghanaian food and also imported to Cuba. The name, instead, arises from the distortion of the expression “food, food” (“food, food”), sentence that the English used to repeat while distributing food rations among the slaves, who called the meal “fufu”.

Humitas, the specialty of the natives

Among the most popular street food in Ecuador, usually consumed for breakfast, is humitas, bundles of corn leaves that contain a dough of steamed corn, minced and reduced to powder, mixed with onions, eggs and spices, sometimes flavored with some cheese. The recipe has its roots in the pre-Columbian era, and is one of the oldest local specialties, a legacy of the native populations that inhabited the land before the Spanish colonization. The name is a regional variant of the term humint’a, which in Quechua language, the indigenous language of the people of the Andes, indicates precisely cooked corn enclosed in its own shell. 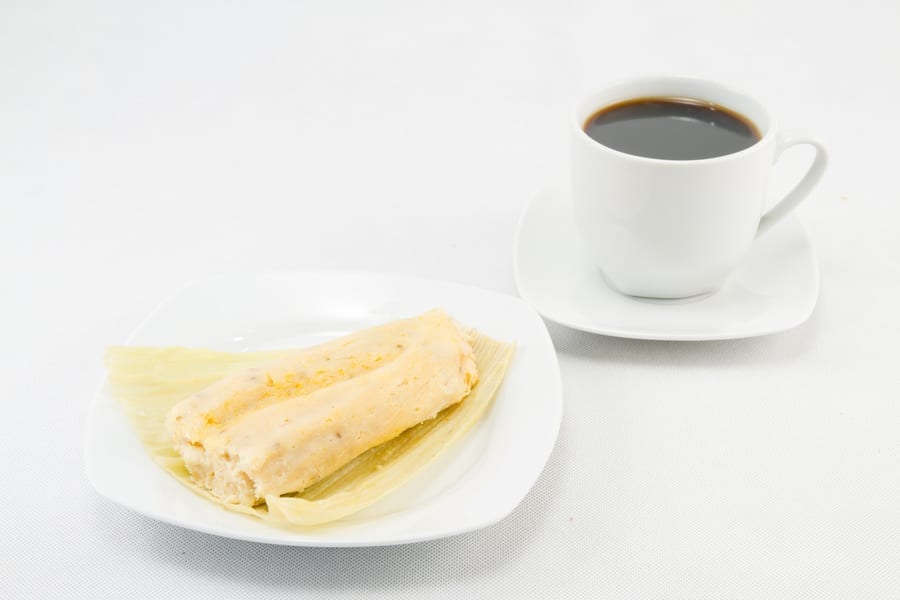 At the origin of the dish, the need of the native populations to make the most of the products of the area, as explained by Ecuadorian chef Gino Molinari in an interview appeared on El Universo in 2007: “The green plantain, corn and seafood are very commonly eaten along the coast, because the first tribes used to cook only with what they could gather or hunt.” Over time, humita has become one of the most common snacks among Ecuadorians, “since we began to eat it with afternoon tea”. Humitas are one of the many cases of recipes shared among several countries. Even neighboring Argentina, Chile, Peru, Bolivia, Venezuela and Brazil, in fact, include this dish among their national specialties, naturally with due variations. As Molinari recounts, “there is no dish that is one hundred percent our own, rather we can say that we have the product of a series of contaminations. All of the American continent, after all, is nothing but a crossbreed of races”. Pamonha in Brazil, hallaquitas in Venezuela, humintas in Bolivia: names change, but the protagonist is still the same, corn. Just like in Ecuador, even in Chile, corn is steamed and wrapped in its leaf, but with the addition of basil, butter or lard. Then there is a spicier version, with green ají, green pepper, and also a sweet one, covered with sugar. In Argentina (where the term humita also refers to the creamy filling of corn of the empanadas), the onions are sautéed in a pan, and the meat roll is boiled in water, and is usually stuffed with local cheeses like the queso fresco. In Peru, instead, lard and salt are used for the savory version, and lard, sugar, cinnamon and raisins for the sweet one.

Empanadas: the Spanish version of samosas?

Whether it’s breakfast or a mid-morning snack, at the many markets and street food stalls crowding the streets of the country, there’s no shortage of empanadas, savory specialties (also available today in the sweet version) that have become popular around the world, as an icon of Spanish and South American food at all latitudes. The recipe, in fact, was born in Spanish territory, particularly in Galicia, where they were already present in the Middle Ages. The origins of this stuffed bundle are uncertain, but according to some of the most accredited theories it seems that it was the Arab influences that inspired the Galicians for the creation of empanadas. 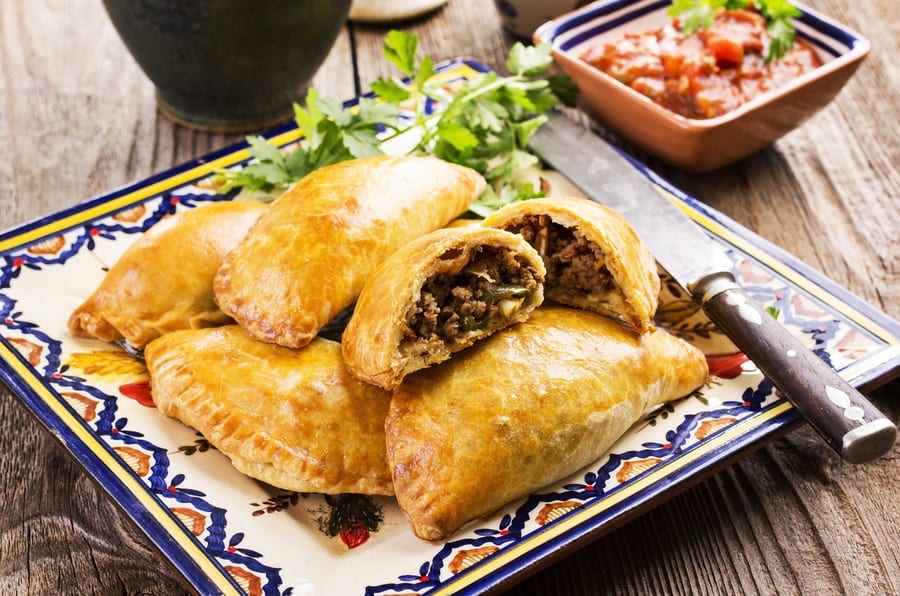 Many historians of gastronomy, in fact, believe that they are the descendants of samosas, stuffed dumplings typical of India but popular also throughout Central-Southern Asia and in the Arabian peninsula already described in the cookbooks of the 10th century, as the true ancestors of many European specialties similar in shape and filling, including Italian calzone. In any case, the first written testimony on empanadas dates back to 1520 in a recipe book written in Catalan language, which describes shells of pasta stuffed with seafood.

Empanadas around the world

Whatever their true story, empanadas are now consumed in many Latin American countries, where they were originally served the jaranas criollas, or the typical Creole festivals with music, dancing, shows and lots of good food, starting with asado, traditional grilled meats, accompanied by empanadas. The filling varies depending on the area and the customs of each family: in Portugal and Galicia, for example, the classic stuffing is based on tuna, tomato sauce and onion, or sardines or chorizo, cooked in tomato sauce, a version that also spread widely in South America thanks to the strong presence of Galicians. In the Caribbean, however, particularly in the Dominican Republic, the dough is made with manioc flour, filled with minced meat or chicken, and then fried. 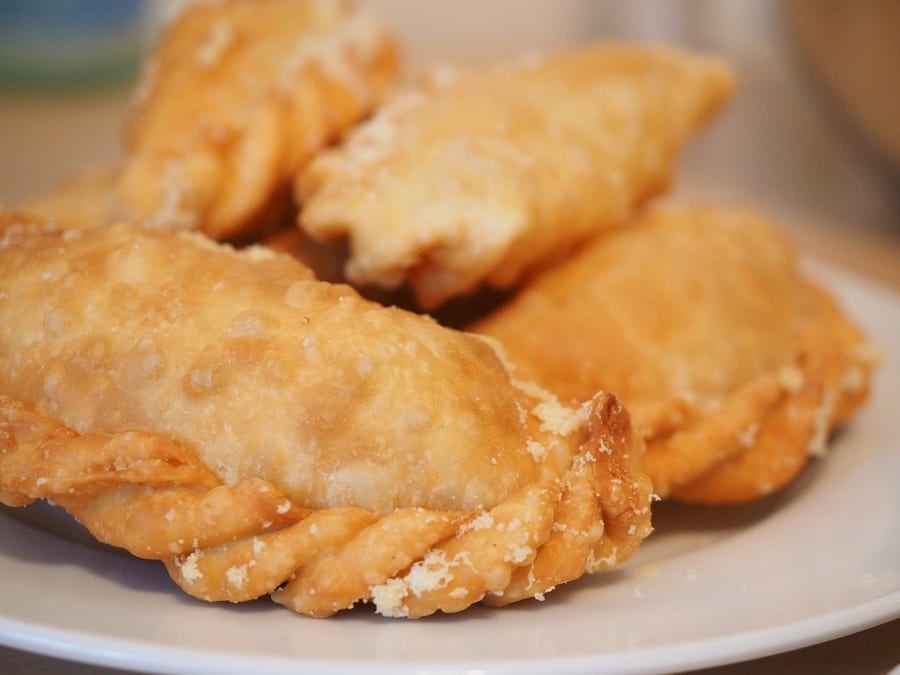 In Buenos Aires meat is mostly in the filling, but accompanied by blanca sauce, a sort of béchamel, while in Ecuador it’s empanadas de viento. The suggestive name refers to the shape after frying in boiling oil, swollen and ethereal as if full of wind. The filling is cheese and onion, and after frying the dumpling is usually sprinkled with a little sugar, although the final touch changes according to personal taste. Among many local interpretations, only one is the rule that unites the different versions: whether they are baked or fried, the empanadas should be enjoyed hot.

Remove the tips off the plantains, score the skin and slice in half lengthwise. Place in salted water, boiling for approximately 30 minutes. At this point the skin will easily come off the fruit. Puree the pulp in a blender. If not tender enough, add some of the cooking liquid. Add the hot chili and salt and store in the fridge for 2 hours. Form little balls and place a piece of cheese and a piece of pancetta in each. Fry in hot peanut oil until golden. 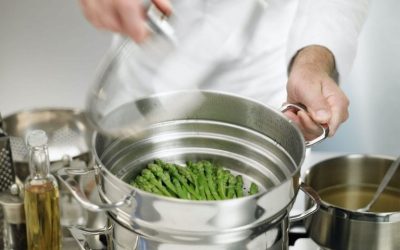 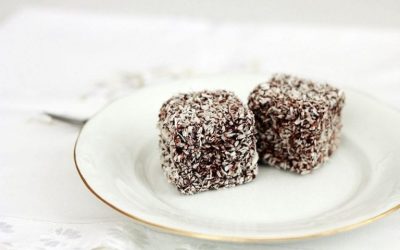 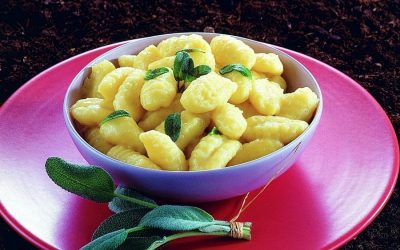 Flaxseed flour: properties, how to use it and recipes