Regional cuisine: Alphabetical guide to the foods of Puglia 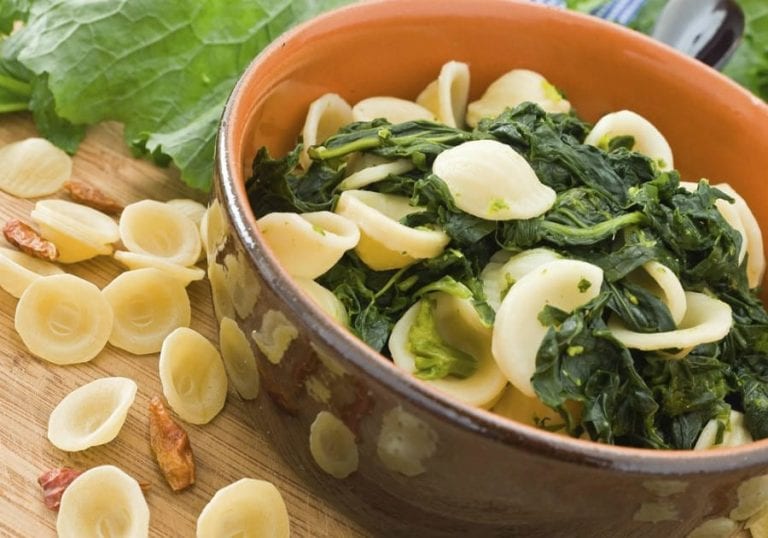 The ages-old Apulian cuisine is one respectful of the seasonal cycle, and divided among land-based dishes and coastal seafood ones. Today we explore the cookery art of Puglia.

First up a dish which is now considered an appetizer, but which originally was an actual meal for fishermen and farmers who were away from the household for the larger part of the day: acquasala. This is a sort of panzanella made with day-old or dry pugliese bread that’s revived in water. Crumbled and added with onion, salt, tomatoes and oregano this dish dates back to the Crusades. Locals offered acquasala to Christian warriors departing from Puglia ports on their way to Islamic states. 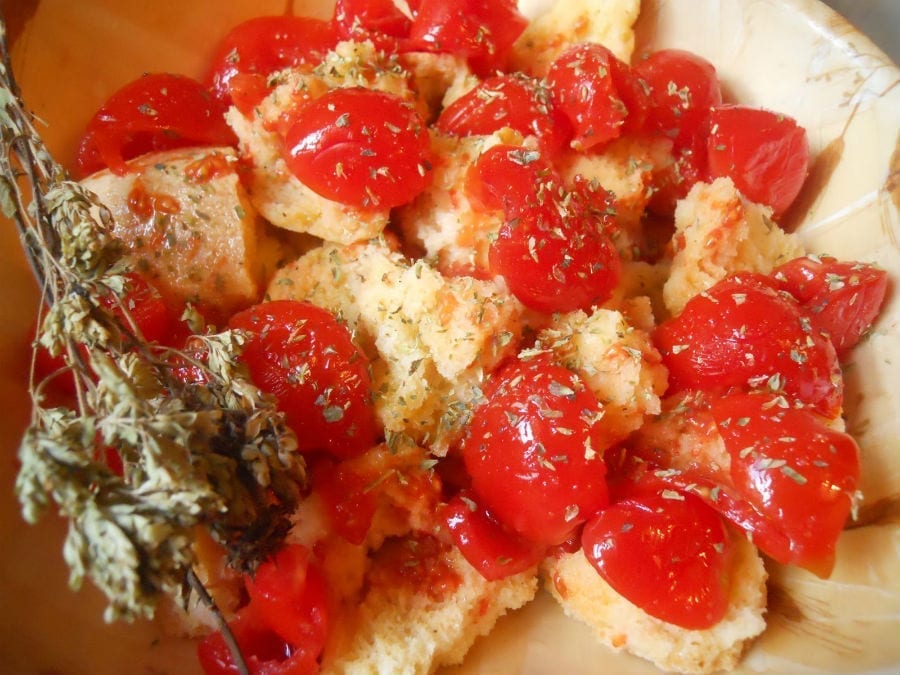 This is the typical dish of the Valle d’Itria area, in particular the surroundings of Taranto. Bombette are small pork neck rolls filled with canestrato pugliese cheese, salt, pepper and parsley. Variations include additional cured meats and chili peppers in the filling. Bombette are traditionally fire roasted in “fornelli” vertical ovens often located the back room of streetside butchers. Nowadays they have become a popular street food item. 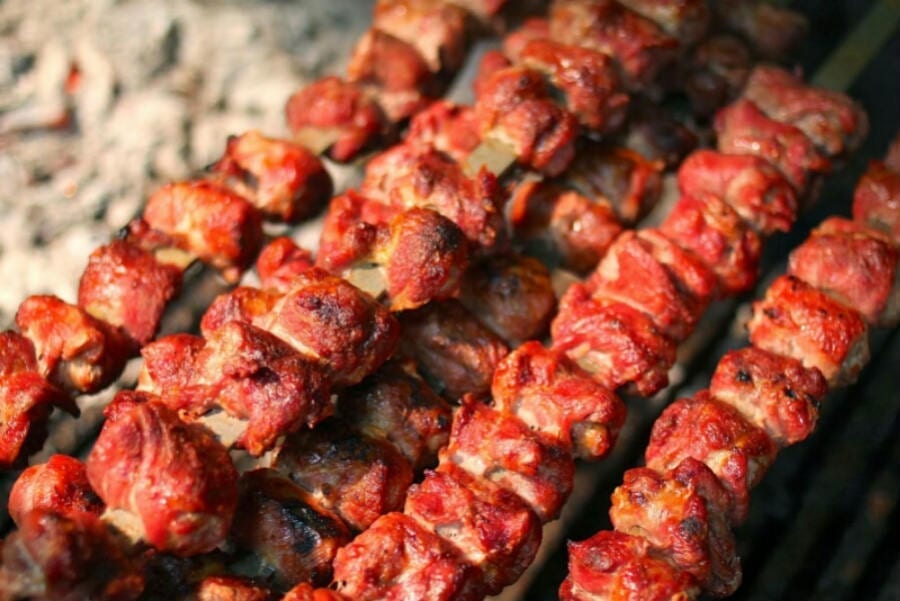 This cheese owes its name to the mixed technique used to obtain it. Part cheese and part re-cooked whey, cacioricotta is usually made with goat or sheep’s milk, although sometimes – in the Bari area in particular – it can also be made with cow’s milk. The cheese ages very little and is commonly eaten fresh, only about 2-3 days old, or with a slightly longer aging, approximately 2-3 months, and acquiring a more savory character. The best season for production is late spring and early summer: despite a lower yield, the quality of the pasture (dry grass) lends the milk a more audacious flavor, then reflected in the cheese. Read few tasting notes in Italian or check out mouthwatering photos here: http://www.gamberorosso.it/it/food/1025089-abcheese-eleonora-baldwin-e-i-formaggi-caciocavallo-podolico-e-cacioricotta-pugliese

Typical of Foggia and Bari, canestrato pugliese is a hard uncooked cheese obtained from whole unpasteurized sheep’s milk of a specific breed, “gentile” descending from the prized merinos breed. These animals graze exclusively fresh green grass. The name derives from the typical intertwined reed baskets traditionally used to contain the cheese. The fresh version is aged 90 days and paired with fruit and vegetables, the more aged canestrato is customarily used for grating over pasta or sliced as filling for involtini. 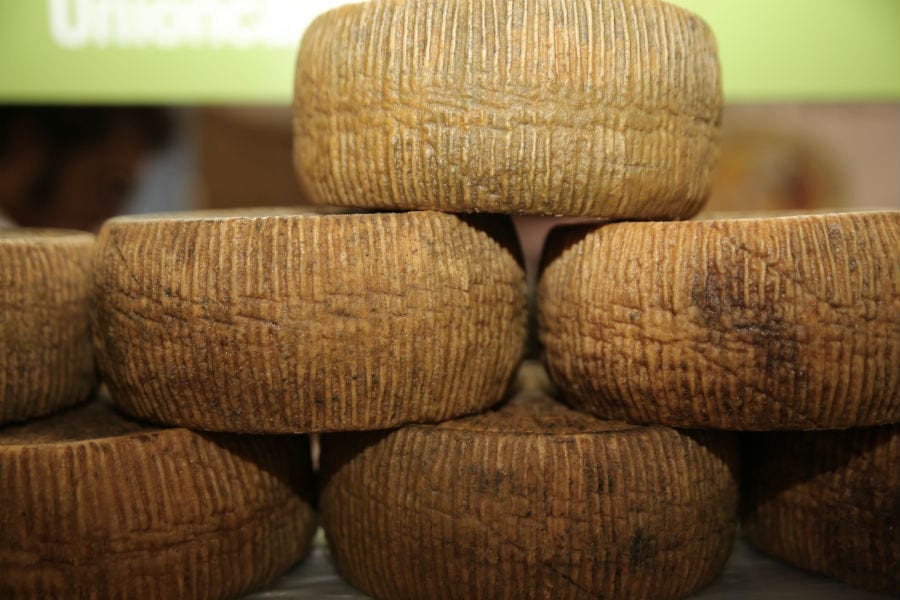 Two symbolic pasta shapes of this region and surely not the only existing ones, but certainly the most celebrated. Orecchiette are typical of Bari and their origin dates back to a time between the XII and XIII Century. Traditionally they are served with a cime di rapa dressing (turnip tops), but they are often dressed with broccoli and other vegetables, or with ragu. Cavatelli on the other hand hail from Molise and then “exported” to Puglia long ago, tanto da becoming part of the region’s cultural and alimentary heritage. Made with a mix of durum wheat semolina and water – sometimes added with potatoes – cavatelli have an oblong shape with an inner groove. They are served dressed with vegetable sauces made with broccoli, tomato sauce or oyster mushrooms. 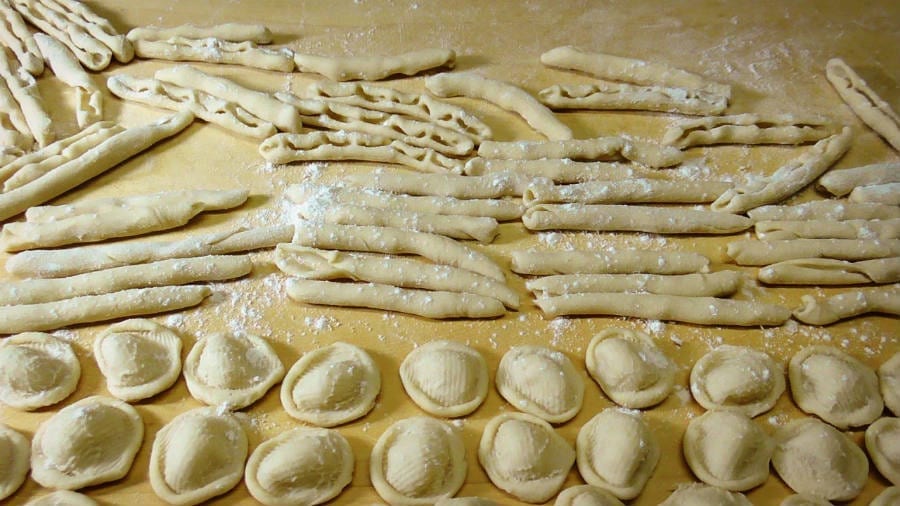 This is an ancient southern Italian recipe from the Salento area of Puglia, and central to a fascinating ritual called Tavole di San Giuseppe. Wealthy families of various hamlets set up banquets for the less affluent community who impersonate Saints. The name derives from the Arabic itriyah, for dried pasta, but they are also known as Massa di San Giuseppe, in connection with the celebration of St. Joseph on March 19. The dish is made with boiled chickpeas, tria pasta – semolina and water – and frizzuli, that is part of the tria pasta that’s been fried in extra virgin olive oil. 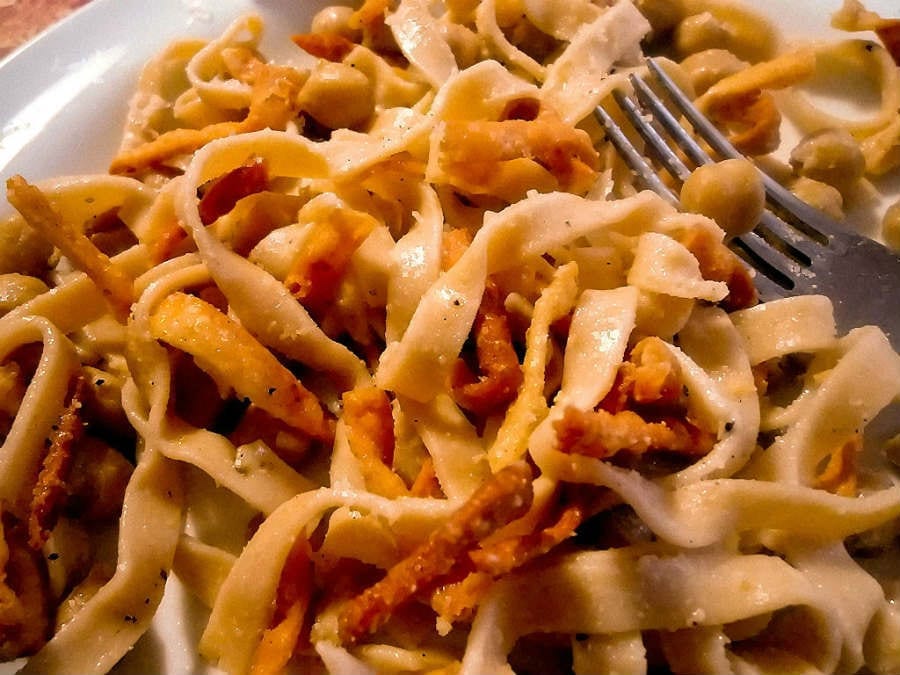 Lampascioni are a herbaceous bulb belonging to the asparagus plant family. They are known with many other Italian names: cipolla canina, cipollaccia turchina, cipollaccio col fiocco or giacinto dal pennacchio. The scientific name is Muscari comosumand the edible part is the top, that resembles an onion. The flavor is unique, there’s an initial strong bitter note that leaves room in a round and delicate aftertaste. The aroma is sweet and aromatic. The complexity of the flavor begs for simple transformation: pan fried, or sliced in frittata, or marinated with vinegar. 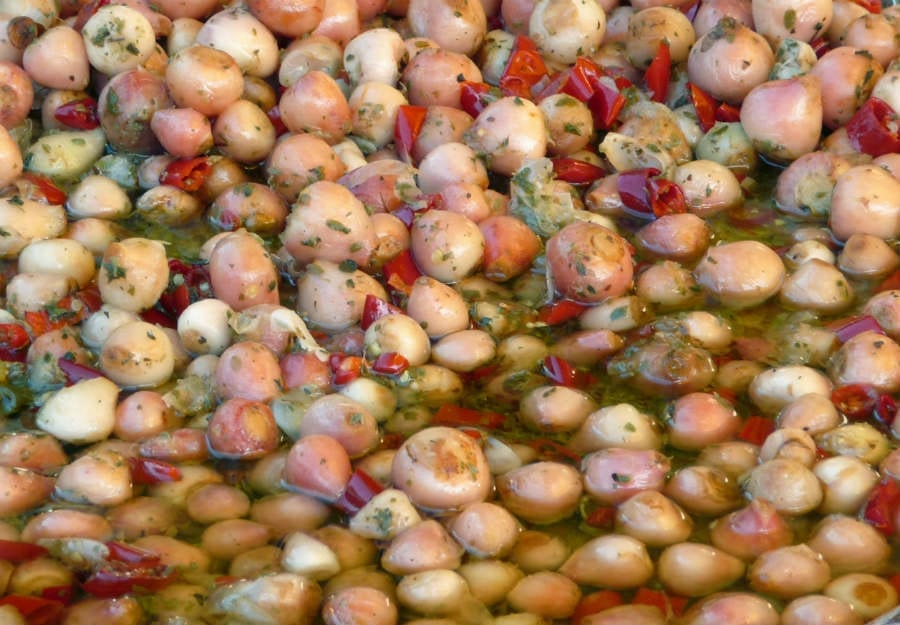 Produced in Foggia, in the cities of Rignano Garganico and Sannicandro Garganico, this recipe is a lamn, goat or adult veal meat-based and seasoned with salt, garlic and fennel, and left to dry in the sun for two or three weeks. It can be eaten both grilled or raw. Its name derives from the Arabic mosammed, for “hard thing”. Depending on the age of the livestock selected for the dish the flavor varies, the younger the animal, the milder the taste. 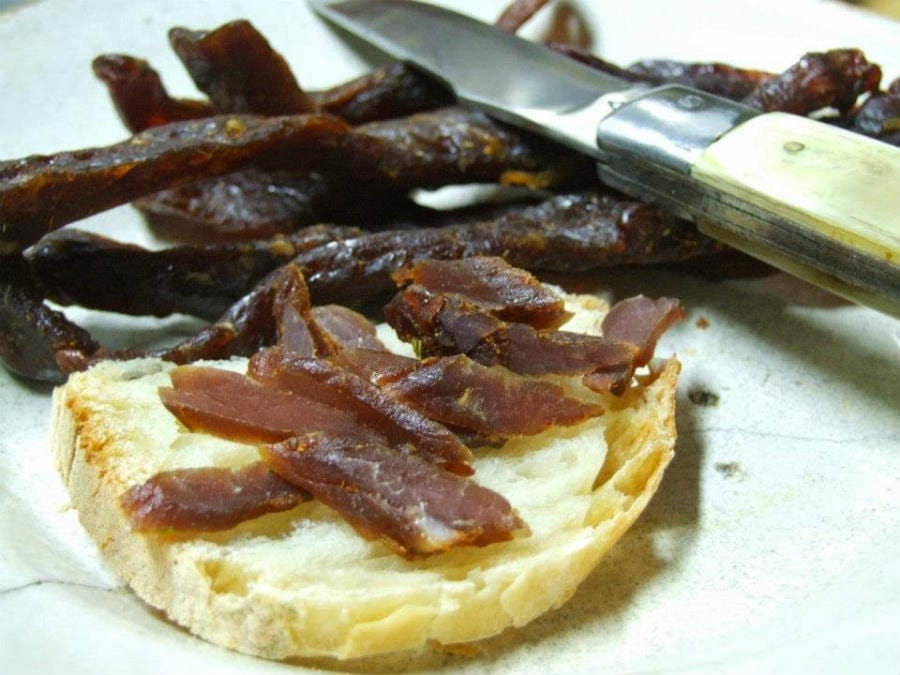 Pallone is a semi-hard stretched curd cheese made with raw cow’s milk. The origin is the town of Gravina, but it is commonly made in the Murge area and in in Basilicata. Recognizable for its round shape and for being part of the transumanza tradition of herding cattle to far away, high altitude pastures in summer – on these trails Gravina was a favored stop – Pallone is made between January and March. It can be eaten fresh after 3 weeks or aged 3-4 months, acquiring a slight spicy note. In Puglia it is a common appetizer, or becomes stuffing for pucce and sandwiches. 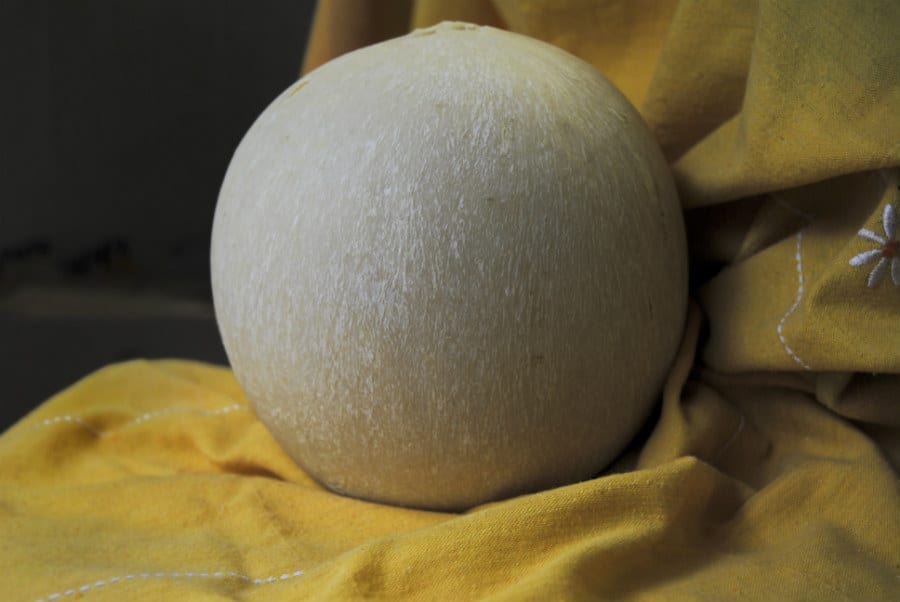 Altamura bread is a DOP product made with twice milled durum wheat semolina of various local varieties: appulo, arcangelo, duilio, simeto. These grains are sown in the towns of Altamura, Gravina di Puglia, Poggiorsini, Spinazzola and Minervino Murge. The crust is crisp and the crumb is bright yellow, soft and fluffy. Two versions of this bread exist: the first is thick and domed, locally called U sckuanéte, the second is a flatter loaf locally called A cappidde del padre de simone.

Typical Salento pastry made with shortcrust pastry that’s brushed with egg wash and baked, and then filled with pastry cream. The pastry originates in the beginning of the 1700s, over the centuries the recipe was slightly modified, with variations including a version dedicated to President Obama after his election. Locals eat freshly baked pasticciotti, mostly for breakfast. 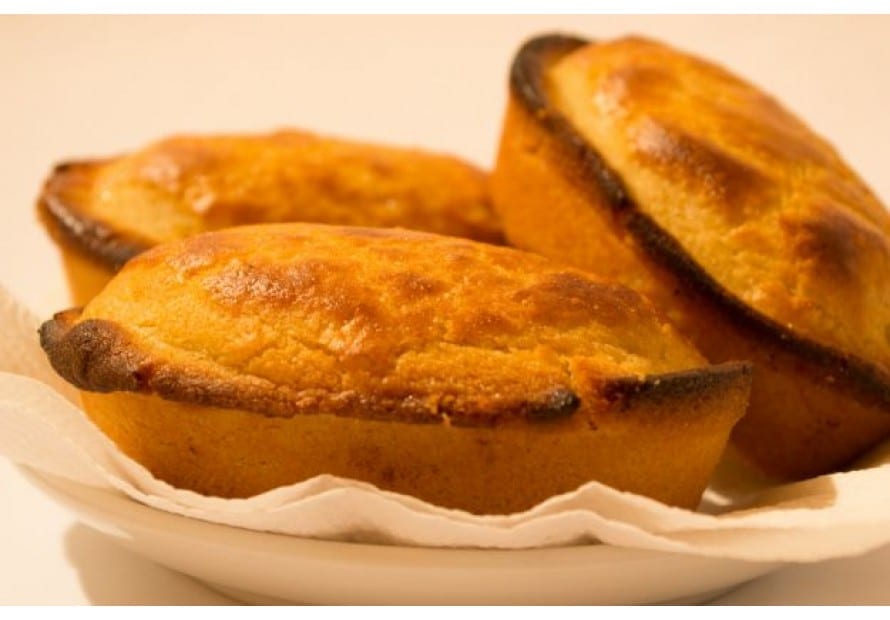 Round and soft semolina bread of the Salento area. The dough is frequently added with tomatoes, onions and olives. Puccia is produced in other parts of the region and changes name accordingly: in Foggia, for example, it’s called papòsc and uses the same dough as pizza. A particular version is caddhipulina made in Gallipoli made on the eve of the Immaculate Conception holiday December 7. Traditionally it was filled with capers and anchovies, in modern times it’s been also added with tuna, tomatoes and EVO. Puccia is eaten like a sandwich, it can be in fact stuffed with anything from cured meat to cheese and served cut in two halves.

This is an intensely and piquant flavored ricotta unlike any other found in Italy. After the cow’s milk mozzarella production, the leftover whey is re-cooked, salted and drained for 3-4 days. After this, the ricotta is essentially aged and mixed in a controlled environment to avoid the formation of molds. After a few months the ricotta becomes more dense and acquires a cream color and  a pungent and aromatic aroma. The final product, aged 5 months is spicy, creamy and aromatic. Small quantities of it are added to sauces for vigour, or for filling in fried panzerotti, or smeared on bread.

You can read a few tasting notes in Italian here and see photos here: http://www.gamberorosso.it/it/food/1025035-ab-cheese-eleonora-baldwin-e-i-formaggi-burrata-e-ricotta-forte 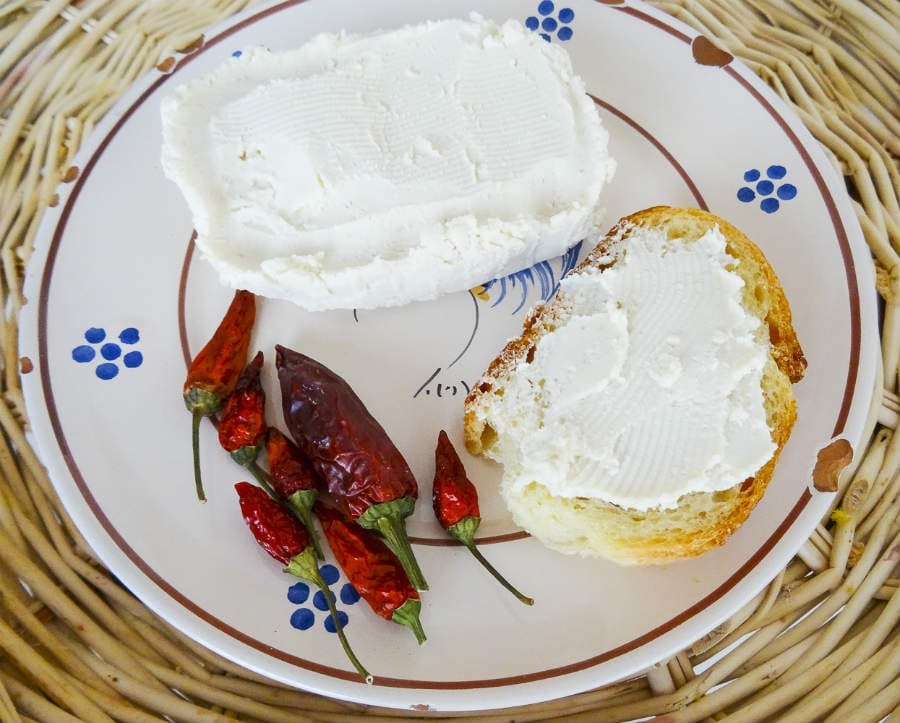 Polenta in the south? Hardly imaginable, and yet a reality in Foggia and Bari. Slices of polenta made with cornmeal are left to dry 2 or 3 days to lose most of their moisture, then sliced in triangles and then deep fried. This is a common antipasto or portable street food. The name’s origin is uncertain: it could derive from scaglia (flake), intending a coarsely cut piece, or from the term moneta (coin), in relation to its golden colour. 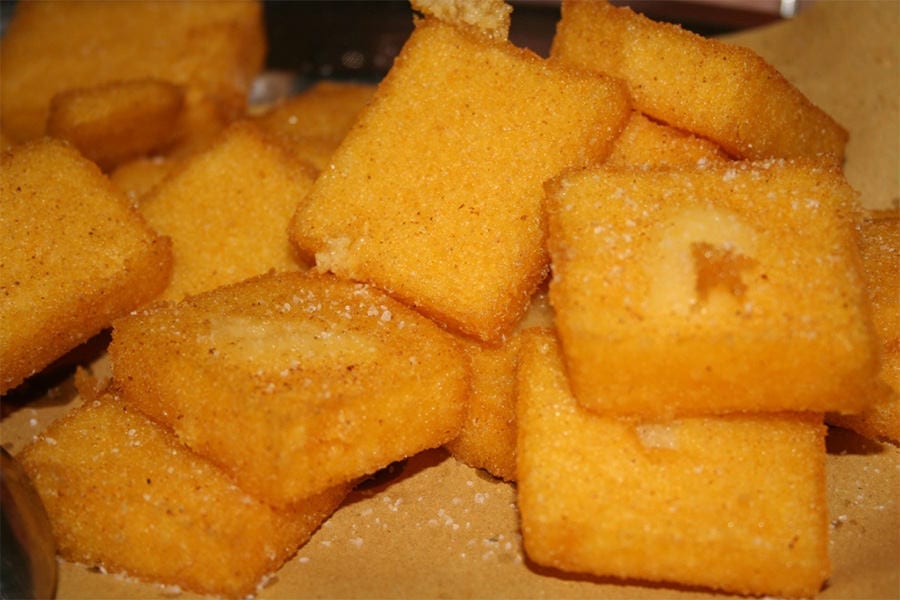 Two typical dairy products that have made Puglia cuisine world famous: we’re talking about stracciatella and burrata. Stracciatella, is a fresh stretched curd cheese typical of the Foggia province. It is shredded and soaked in heavy cream. There tasting and production notes in Italian and more photos here: http://www.gamberorosso.it/it/food/1025035-ab-cheese-eleonora-baldwin-e-i-formaggi-burrata-e-ricotta-forte. The mozzarella is in fact hand shredded into regularly shaped filaments. The burrata is the next step, a pouch of silky stretched curd cheese contains the stracciatella heart. Burrata is produced all over Puglia, but its chosen territory is the Murge area, in particular Andria. 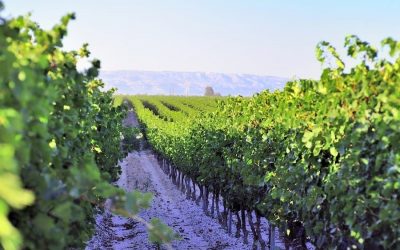 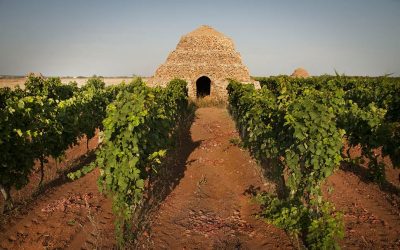 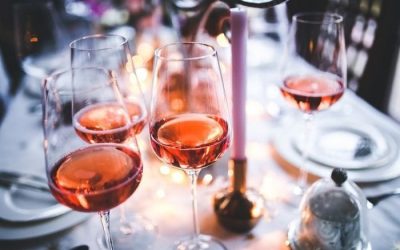 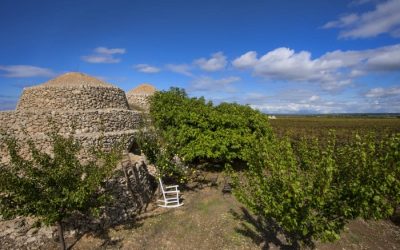 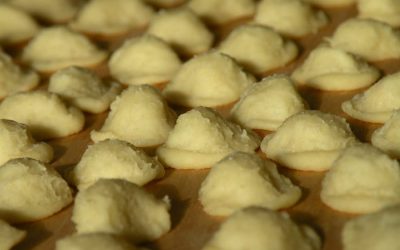 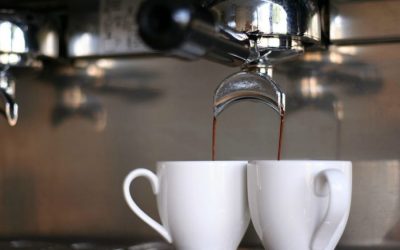 Proper espresso while on vacation: 8 quality brews on the beach