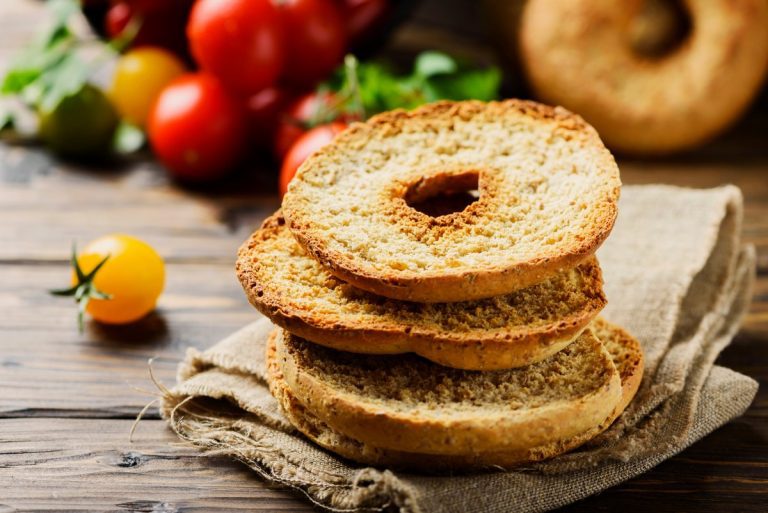 Among the fresh dishes preferred by Italians in the summer are friselle. Crispy donut shaped crackers topped with tomatoes or other ingredients: here are some ideas.

Bread and tomato. Nothing more traditional, summery, delicious. When the temperatures start to put a strain on the desire to cook, this classic Italian dish comes to the rescue, in its thousand shades. A peasant, fresh country dish: tomatoes, good olive oil, a pinch of salt and fragrant basil leaves. Or a little oregano, with its intoxicating aroma that envelops the nose and palate. At the base, bread, even stale, soaked with a little water and rubbed with more ripe tomatoes, fresh or toasted homemade bread for a good appetizer. But also friselle - freselle or frise - those crunchy donut shaped crackers softened with water and seasoned with tomatoes for a light, tasty and delicious meal. A double baked golden dough made with durum wheat flour, water, salt and yeast, a historical recipe common to Puglia, Campania and Calabria and which owes its name to fresus, past participle of frendere, which means to mince, crush. 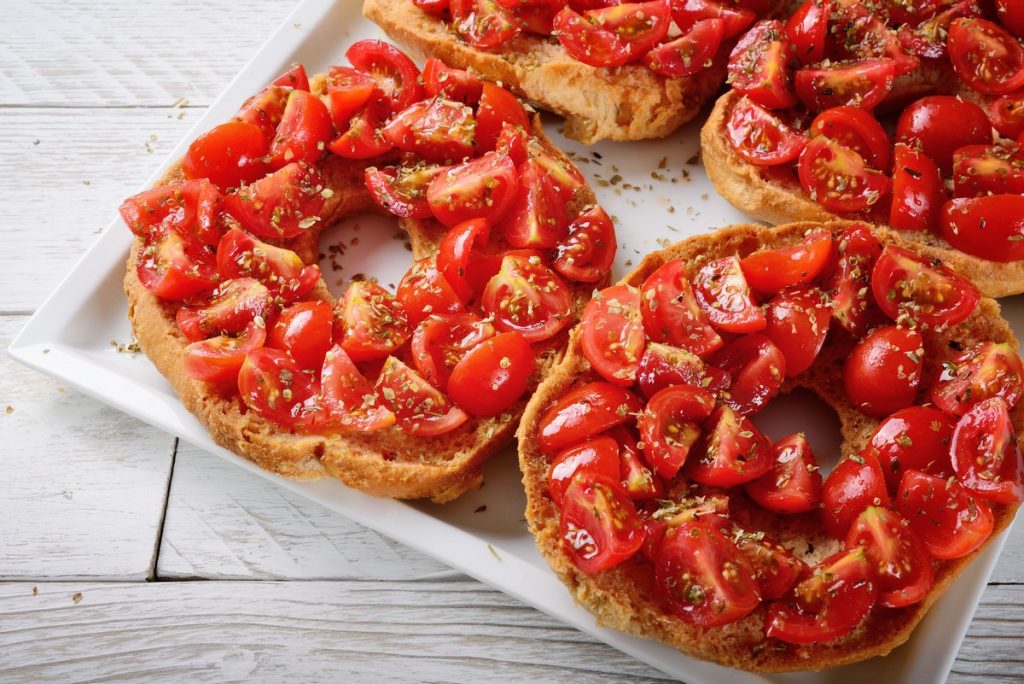 Today friselle are a widespread product and consumed throughout Italy. They were one of the most popular foods during the first millennium, a period in which they represented the meal of the military departing from the South, an ideal snack that kept for a long time even during complex journeys. In the beginning, two different versions of frisella existed: one made with durum wheat, reserved for the wealthiest tables and special occasions, and another made with barley, prepared by less wealthy families. In any case, once double baked it was moistened with water and then seasoned with extra virgin olive oil, tomatoes, salt and oregano. After all, it is a peasant food, which has spread mostly in the countryside and among the sailors who stocked up on it for longer journeys at sea. Even the ring shape is in fact due to practical reasons: to carry as much as possible on board, the "donuts" were strung on a rope so as to be hung.

Friselle in Puglia, Campania and Calabria

Although they are also widespread in Campania and Calabria, when one thinks of friselle, one's thoughts immediately turn to Puglia. Here the product is also known as "Crusader bread," because in the past it was essential for the Christian troops who went to the Holy Land. The classic condiment is with tomatoes and oregano, a winning combination which in Campania is instead replaced by caponata, a traditional recipe that is very different from the more famous Sicilian dish by the same name. It is a mix of anchovies, cherry tomatoes, garlic, oregano, salt and olive oil, to be added to friselle, and which  sometimes is also added with aubergines pickled in olive oil as well as olives. In Calabria, of course, the protagonist is the red onion of Tropea, together with tomatoes and chillies, a pinch of salt and extra virgin olive oil: an extra dose of flavour to embellish the crispy donut. 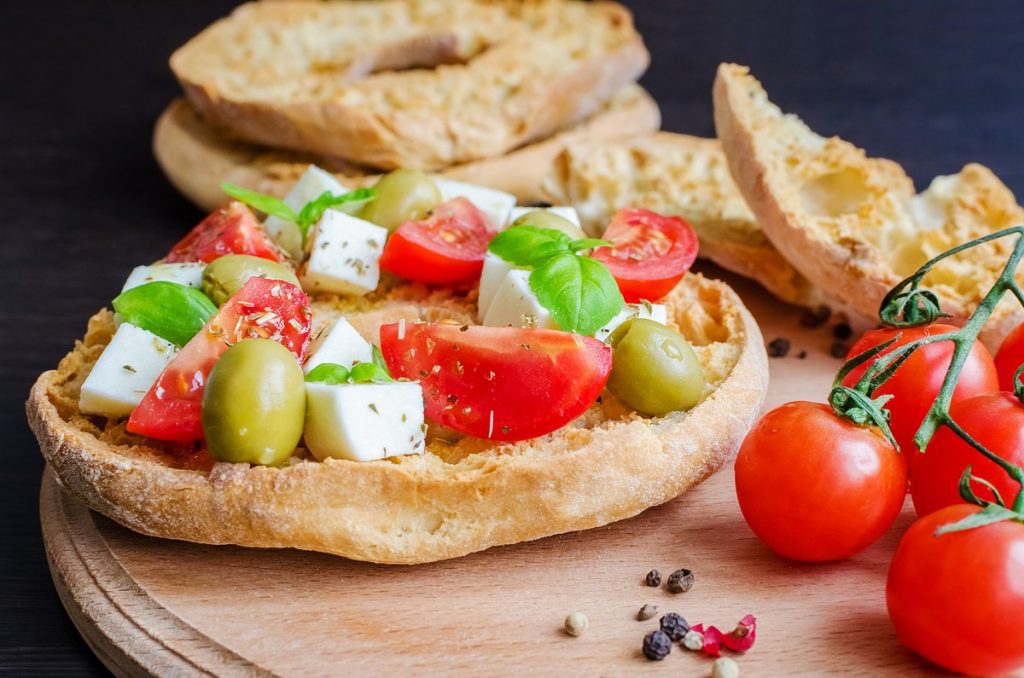 Of course, there are many ways to season friselle - generally white durum wheat, but also available in whole wheat, semolina or buckwheat versions. You can add canned tuna or mackerel, olives and capers for lovers of Mediterranean flavours; or use seasonal vegetables (peppers, courgettes and aubergines will be fine). Furthermore, they can be enriched as if they were American bagels, therefore with spreadable cheese and smoked salmon, or with octopus and potatoes for a 100% summer recipe. They are also excellent with shellfish, with sausage and broccoli for those who prefer meat, or with a simple guacamole sauce. As always, leave room for imagination: friselle can become the ideal base for any recipe.

A. A. Valle Isarco Sylvaner Aristos 2015