Forgotten beverages. 10 alcohol-free beverages popular at the time of Carosello 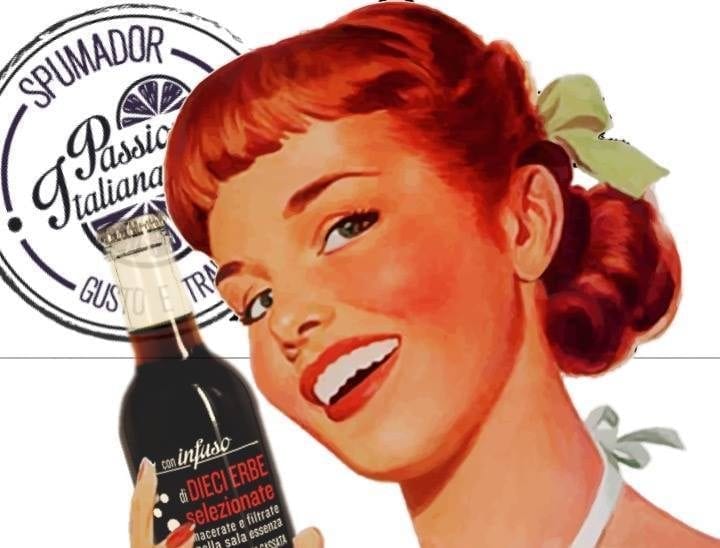 Ranging from acqua brillante Rocoaro to Cedrata Tassoni, by way of milk and mint, lemonade and orzata: here are the beverages that were all the rage at aperitivo, once.

The first aperitivo in history

Glasses overflowing, more or less colourful drinks, a few savoury snacks to nibble on between sips, chatting with friends or even the mere company of the barman: aperitivo is a ritual so deeply rooted in Italian culture that we often take it for granted. Its origins date back to the fifth century BC, when Hippocrates invented a wine flavoured with wormwood and herbs, a bitter drink to be used for lack of appetite. The habit of drinks before meals as we know it today, however, began to spread only in the second half of the 18th century, in Turin. With Vermouth (from the German “wermut,” wormwood, i.e. absinthe, already used––albeit in different form––by the ancient Romans), made famous by Antonio Benedetto Carpano, the first Italian to replicate the recipe in his bar.

A tradition that has taken root from the beginning, then evolving over time. Today, dominating the scene are cleverly mixed cocktails, fine wines and craft beers. But there is also an assorted repertoire of non-alcoholic drinks and cocktails, for those who do not like to drink before meals or for children, who too are involved in this Italian ritual that is within everyone’s reach. With Coca Cola, fruit juices, plus a series of sodas, there are many to choose from in the world of non-alcoholic beverages. But before the advent of the big international brands, what was it Italians drank?

There were the symbolic brands advertised in the primetime show Carosello. These were almost forgotten products that marked the history of Italian aperitif, fragments of a recent past that’s still visible in some shops or convenience stores. These beverages are still present on the market today, perhaps slightly less known, bottles with vintage art on the label and retro charm. We wanted to collect memories of that period from the ’60s to ’90s, illustrating the great classics now lost and treasures to be rediscovered.

Clear, fresh and bitter, tonic water has always been a constant in Italian summers, enjoyed alone or tmixed with gin in a good gin and tonic. At the time of the Carosello ads, acqua brillante played a starring role, a tonic water made famous by the Recoaro brand, also the producer of gingerino, chinotto, orange soda, ginger ale and mineral water. “Acqua Brillante is only by Recoaro”, was the ’80s slogan, while the first advertisement of the ’60s invited to enjoy it before dinner: “Prepare yourself to the joys of the table with Acqua Brillante Recoaro! Stimulates, tones and restores”, and for a more elaborate aperitif, consumed with “a lemon twist and added to dried liqueurs”.

Or milk & mint. Beverage prepared especially for children, this was particularly popular in the ’70s, based on the mixing of two simple ingredients: water and mint syrup. At the time times, historically the most popular brand was a giant of the Italian food industry: Fabbri. The same that makes black cherries, almond milk and many other preparations for bars, restaurants and bakeries.

One brand above all: Tassoni. Nicola, to be precise, a Marquis who in 1868 bought the pharmacy in the historic center of Salò, later sold it to Paolo Amadei in 1884, the creator of the initial distillery business. The drink recently returned to the limelight, but everyone associates with the early ’70s and the famous advert that made it famous, with the voice of Mina singing the jingle.

Along with acqua brillante and ginger ale, chinotto was another of the flagships of the Recoaro production. The birth of the bitter drink prepared with the fruit by the same name is however owed to another brand, even if the origins of the product are shrouded in mystery. Many say it was San Pellegrino who invented it in the ’30s, while others claim that it was Neri in Capranica in 1949. In any case, we are talking about one of the most popular soft drinks in Italy, which recently began to capture the attention of the general public.

Sugary and bubbly, gazzosa––nowadays only produced industrially––was once made artisanally, letting the liquid ferment in the sun. Water, sugar and lemon are the main ingredients of this drink with a simple childlike flavour. Due to this characteristic and its transparent appearance, gassosa was often used to dilute wine or beer. The unusual variant of gazzosa, which is still little known, is the coffee soda produced in Calabria and called Brasilena, also available in a lemon-scented version.

“Eating is not a problem if there is an appetite. And appetite is prepared thanks to Recoaro gingerino! The famous, delicious alcohol-free aperitif”. Once again it’s the Venetian brand, there were and still are many Italian brands that produce ginger beverages. We borrowed the copy of an advert from the ’70s to explain the role that the drink embodied: stimulate the appetite before meals. Also called gingerino, it takes its name from the English word ginger, and is characterized by a sweet and slightly pungent taste typical of the plant.

The original, true, pure lemonade. A juice made from real lemons, that existed before the industrial version, was Lemonsoda. Designed in the ’40s, it soon began to take hold among the general public. Water, sugar and lemon: these are the ingredients at the base of the lemon beverage, perfect to quench your thirst on the hottest days. It was sold at kiosks, especially on the beach, but was soon replaced by the industrial variant by the Milanese company Saga, from 1999 as part of the Campari group. The winter equivalent of the drink––another product that’s now forgotten, but that has not much to do with aperitivo beverages––is “canarino”, a hot infusion of water, lemon and bay leaf, an ancient remedy effective against all ailments, especially for stomach problems.

The name comes from the Latin hordeata for, “made with barley”, but the ingredients at the base of orzata, a beverage obtained from the hydroalcoholic extraction of the benzoin root, are totally different. It’s made, in fact, with different products, mainly almonds, but orzata is very different from almond milk, it’s less dense and sweeter. To orzata were normally added vanilla or orange blossom essence, as long as it the sweetish taste and was maintained, and above all the milky white color.

How can we not mention spuma? A beverage made with sparkling water, sugar, caramel and flavourings, a sort of Italian version of American cola. Bars, taverns, grocery stores: all these locals in the ’70s and’ 90s had a line of spuma available, and it was appreciated by consumers of all ages. There were mainly two types on the market: blonde, born in the early ’20s; and black, created for the first time in ’38 by the Spumador company, although over time they began to make other varieties flavoured with mint or citrus.

Widespread especially throughout Sicily, tamarind was one of the quintessential summer drinks, produced from fruit by the same name and a mixture of spices. Appreciated above all for its digestive and diuretic properties, the fruit was also used for the preparation of creams and jams.

Among the historical spirits, however, we should definitely mention bitter, a drink made from spices, roots and herbs, to this day omnipresent on Italian bar counters, and then all the bitters and liqueurs of the past, which represented the meal ending: China Martini, Cynar, the ancient rosolio, nocino, Calabrian liquorice liqueur… symbols of an era that sometimes make an appearance on the tables of our grandmothers. They are the guardians of past traditions, of those years when liquors were made at home with fresh ingredients or syrups purchased at the grocery store. But that’s another story.