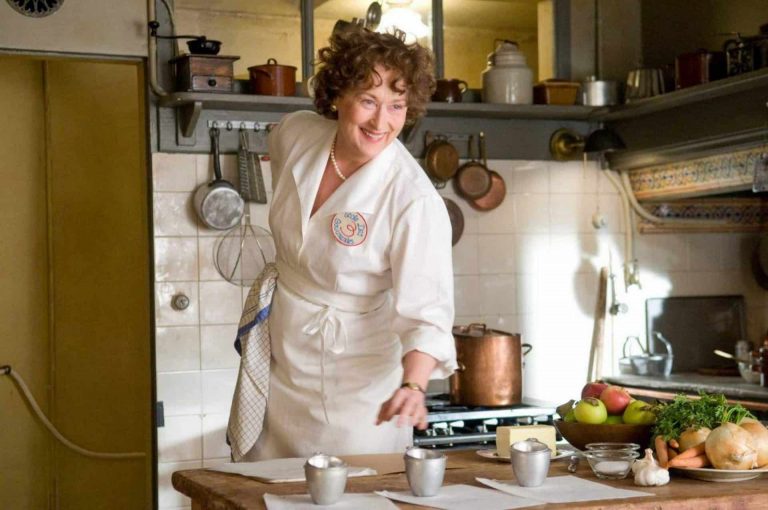 Boeuf bourguignon, omelets, stuffed duck... food takes center stage in Nora Ephron's comedy, that tells the lives of cook Julia Child and blogger Julie Powell. Here are the interesting facts and story of the movie that recount the first steps of blogging.

Julie & Julia, the comedy about cooking

"For every reader who writes a comment, there are hundreds who don't. There is a whole group of people connected to me: I would say that they need me... that if I didn't write, they would be very disappointed". Few words to explain the concept of online community, first blog, then social network. Amy Adams, the actress who plays Julie Powell in Nora Ephron's 2009 comedy Julie & Julia, said this, well ahead of current trends. Could the film that most of all focuses on cooking be missing from the column dedicated to the food-on-movie moments? A movie that told the world about the epic story of Julia Child – who died in 2004 after a successful television career, punctuated by the publication of several cookbooks – which, thanks to the performance of Meryl Streep, has conquered the general public. The plot is all about the generational confrontation between the young Powell, writer manqué with a passion for cooking (and author of the book of the same name that inspired Ephron), and Child, an American cook but above all a television personality, who from the early '60s taught Americans how to cook. 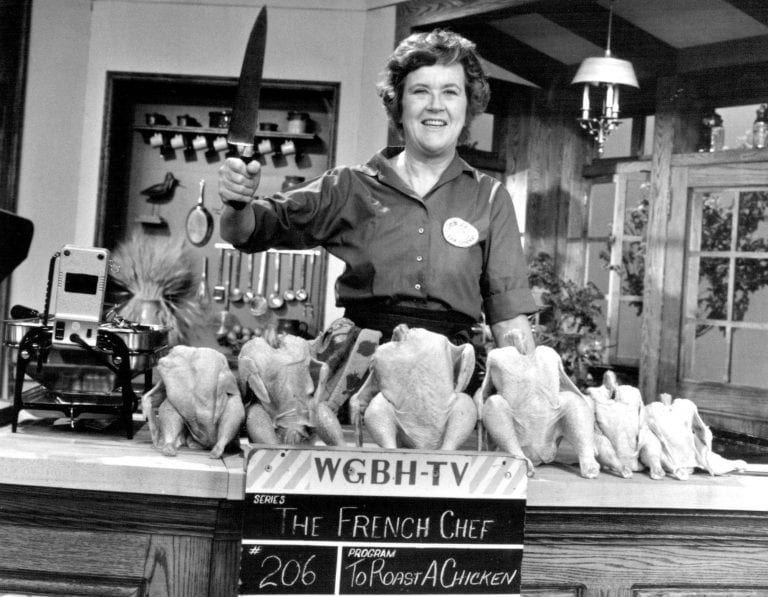 A film that earned Meryl Streep an Oscar nomination and a Golden Globe for best comedy actress, and then prompted Daniel Goldfarb and Charles McDougall to create ‘Julia’, a television series that premiered on HBO Max. Two women, two different eras, but the same passion for cooking and the desire to convey it: that's the secret of the movie, which is also very successful thanks to the excellent cast (Stanley Tucci's lucid and brilliant performance as Julia's husband, Paul Child), and the ingenious expedient of the continuous comparison between two different lives. One in New York City in the early 2000s, the other in 1950s Paris, among kitchen stoves, market stalls and, especiall,y the desks at Le Cordon Bleu school. There, Child takes the most difficult classes, until she meets the two friends with whom she will write down the recipes. Meanwhile, in the Queens apartment she shares with her partner, almost 30-year-old Julie Powell begins her blogging adventure, setting herself the ambitious goal of following in Julia's footsteps by recreating all 524 recipes from the cookbook ‘Mastering the Art of French Cooking’ in 365 days. Her boyfriend is there supporting her and sampling her food through ups and downs until the end of the project, while Julia and Paul, cook's first fan, have their romance on the charming Parisian streets. 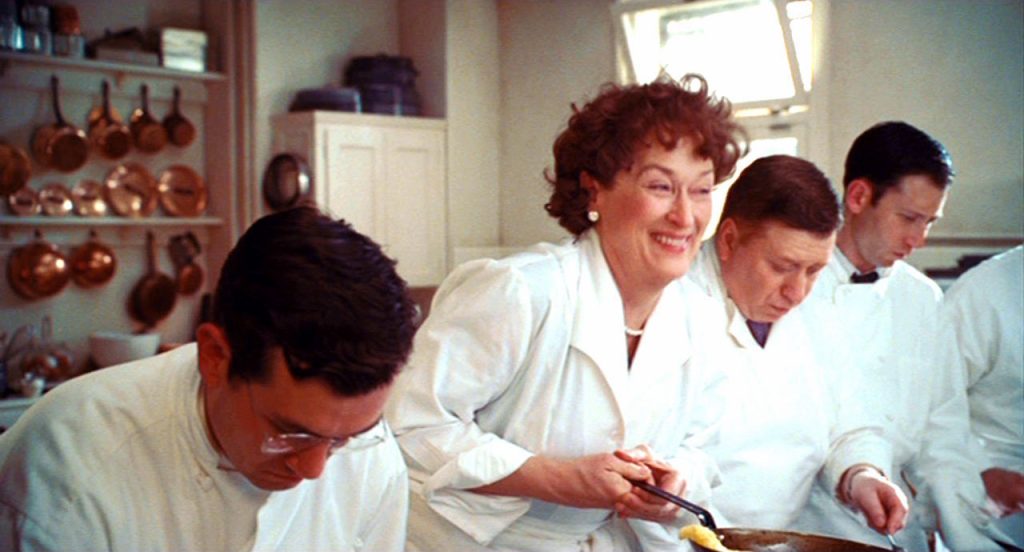 The birth of food blogs

Among intimate moments, witty banter, and lots of recipes, the movie succeeds in capturing the beauty of the table, but, mostly, of its storytelling. Julia writes and proofreads pages and pages of what will become one of the cornerstones of international culinary literature, while Julie ventures into the online world: in 2002, the Internet is still virtually uncharted territory for amateur cooks, and forums represent the dawn of food blogging. In 1997, Jim Leff and Bob Okumura were among the first one to found ‘Chowhound’, an online discussion platform where to chat about food and restaurants in New York, even if the first real food blog was Powell's, The Julie&Julia Project. In Italy, the phenomenon arrived just a few years later, first with ‘Il Papero Giallo’, Stefano Bonilli’ blog (founder of Gambero Rosso), and then with Sigrid Verbert's ‘Cavoletto di Bruxelles’, photographer and cookbook writer for several newspapers – including Gambero Rosso – who in 2005 laid the foundations for food blogging in Italy. A year later the website GialloZafferano was launched – from the onset with entrepreneurial purposes. The credit goes to Sonia Peronaci (since 2015 busy with soniaperonaci.it) and her husband Francesco Lopes, that created this successful ‘container’ of recipes (and video recipes). One after another, food bloggers have come and gone, offering the public delectable, simple and quick recipes. They put themselves in the shoes of those with little time, sharing hints, tricks and tips, but also pandering to the desires of those who wanted to prepare something different. They were so many that they decided to establish the AIFB – Italian Food Bloggers Association – and to create a new language. Over the years, the food blogger has become a full-fledged profession, thus changing the way food is communicated. Homemade, but also professional: food bloggers review restaurants, discover new places and report on them, talking about products through photos, captions and often original graphics. The trade press deserves also great credit in this respect, but bloggers must be credited too. They managed indeed to refocus the public's attention (along with television) on cooking. Their evolution? Influencers, but that's another story...

Let's go back to the movie and, more importantly, to its recipes. Boeuf bourguignon, the beef stew braised in red wine, is the dish that most frightens Julie, who ends up burning the meat the first time. It is impossible to mention all the delicious recipes in the movie: the pâté de canard en croute, for example, the stuffed duck that Powell barely manages to debone, eventually throwing it to the ground and giving in to a crying spell; or the lobster thermidor, that she, out of guilt, manages to cook only with the help of her partner. Then how to fold the omelet to perfection with a flick of the wrist, and the legendary Reine de Saba chocolate cake, that gives rise to one of the most famous quotes in the movie: "I love that after a day when nothing is sure, and when I say 'nothing' I mean nothing, you can come home and absolutely know that if you add egg yolks to chocolate and sugar and milk, it will get thick. It's such a comfort." But perhaps the most inviting scene is one of the first, namely a very simple dish, very common for us Italians. Here, the camera focuses on every minute detail, by emphasizing its colors, its beauty, and turning up the volume. A dish that for the New York couple represents a mouth-watering meal, to be eaten voraciously: tomato bruschetta.